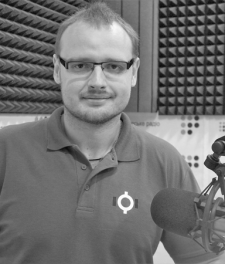 Chairman of the NGO "Foundation.101" Andrii Bogdanovych told about the changes at the entry-exit control points in Donetsk region in the program "Kyiv-Donbass" at "Hromadske Radio".

NGO "Foundation.101" has resumed its work at the control points. Let's briefly recall the essence of the project for our listeners.

How long was the break in the work of your monitors?

Previous part of the project was completed this year in February. We resumed the monitoring in August to check what has changed at the control points.

What obvious changes have occurred?

In the report which we have published after the first part of the project earlier this year, we have identified the number of problems. Currently, some of them are partly or fully resolved. One of the problems is the mining of roadsides. This was particularly noticeable at the entry-exit control point "Novotroyitske". The roadside was mined from the control point to the so-called "zero" control point, where the uncontrolled territory begins. Earlier there were no toilets and warning signs about mining along this road, people were not able to go to the equipped toilet, so they went down to the roadside. There were cases when people triggered the tripwire because of that. Now there are warning signs about mining and they are much more noticeable. These signs were set not only at "Novotroyitske", but also at other control points. Additionally, the toilets at "Novotroyitske" on the way from "zero" control point to the entry-exit control point were set, approximately every 500 meters.

Do you monitor the mining of roadside only at the entry-exit control points or farther as well?

Our monitors are located directly at the entry-exit control points. If "zero" control point is not far from the control point (like at "Novotroyitske") then it is possible to monitor the mining there. But it is not possible at "Zaytseve" where the distance is 30 kilometers.

Could you tell us please what else have improved and what have not?

Tell us please about your plans.

We used to pay more attention to how the control point works, how polite are the government representatives in communication with citizens and whether human rights are violated. Now we also monitor these aspects, but focus more on conducting surveys of citizens to find out what warnings they have, what they are afraid of, what challenges they face with and what they would like to change. By collecting this information, we want to explore the existing problems and the issues that might be not apparent more deeply. We are doing all this to provide broader recommendations to the authorities like Donetsk state administration, border guards, Antiterrorist operation center, etc.

There was a time when the work of your monitoring group was forbidden. How the issue was solved?

Indeed, this problem occurred at the end of our monitoring when we were denied to access the entry-exit control point "Zaytseve". This coincided with the end of our project, so it did not influence the results of the research. Before the start of current monitoring we have negotiated with the border guards and Antiterrorist operation center. At the moment it's all agreed and we have access to all the control points.

Ironically, we have a problem with Kyiv authorities now. Simultaneously with the project "Frontline Inspection" we want to provide psychological assistance and rehabilitation in Kiev to people affected by the antiterrorist operation. In order to do this, we need a venue to open the reception. There is a decree issued by Kyiv state administration, which involves the provision of the venue on favorable terms for our work. We have found a room that has not been used for a long time. It is in terrible condition and needs repair. However, we agreed to rent it from the city. We have applied to the Department of municipal property in Kyiv and they immediately started to put spokes in the wheels. We have applied before the May holidays. According to the procedure, they had to place an ad in the newspaper "Khreshchatyk", but they haven't done it for a long time. Then they refused to provide information on the progress of consideration of our application. All this looks very ironic, when Donetsk authorities cooperate very well, but in Kyiv, where war seems to be far away, they don't.

Perhaps this room belongs to someone?

No, it is municipal property. We don't see any reasons why they would not want to rent it to us.

Could you tell why Lugansk region is still not covered by the monitoring?

In fact, in our project we wanted to cover Lugansk region, where the walking control point "Stanytsia Luganska" is located. We also plan to monitor it, but we have an objective problem — the lack of locals, who would like to join our project. I want to emphasize that we involve only locals to monitor the entry-exit control points. The first problem is the little number of population in Stanytsia Luganska. We have searched among local activists and appealed to NGOs who work there. We have even placed vacancies on websites for job search. No responses. There is a couple from Severodonetsk, for example, but it is 150 km away and the roads are terrible, so it takes about two or three hours to get to the control point "Stanytsia Luganska".

Do you get information from there somehow, at least occasionally?

We do, solely from the media. But we do not have direct sources there.

The first part started in September 2015 and ended in late January — early February 2016. And now, in August, we have resumed our work and plan to continue it till the end of this year.

So can you tell for how long a ceasefire was maintained in recent days? Since the messages in different media vary.

We record if our observers hear shelling taking place nearby or from the words of passengers who report what has happened. But this is not the main objective of our monitoring. Three times a day our coordinator calls all the monitors and collects current information that is later posted on our pages in social networks — Facebook, Vkontakte, Twitter, Google+, Instagram and Telegram. If the shelling was heard somewhere, then we write about it. Unfortunately, I cannot tell about the shelling after September 1st, but in August there were cases when our monitors recorded shelling. However, it is difficult to say where exactly they occurred. We wrote about it.

You have resumed your work in August. What information can you share?

I want to note that the situation of crossing the contact line with kids has changed. Earlier we have repeatedly recorded cases when one parent left the uncontrolled territory with a child and when returning, encountered the requirement of permission from the parent who is missing, in order to enter the uncontrolled territory. The majority of parents were not aware of this rule. Now we note that there are almost no cases like this, most people have learned the rules of crossing the contact line and have the necessary information. Our monitors are no longer facing such problems. As for the people's concern, they find long queues to be the biggest problem. Soon we will publish the first collected information that will be presented in the form of infographics. There you will see that even the shelling is not as problematic for people as long queues.

In conclusion let's change the topic of our conversation. Recently you have conducted a monitoring of the quality of products. Was it conducted throughout the whole Ukraine or only in the area of antiterrorist operation?

This is a completely different initiative that is not related to the monitoring of control points. We have involved volunteers from all over Ukraine, who have been monitoring meat products for four months in the stores which they usually visit. According to the gathered information, we have found the biggest number of violations in "Silpo" (1st place), "Fora" (2nd place) and "ATB" (3rd place).

We did not conduct it separately in the Donetsk and Lugansk region, because, in our opinion, the tested stores would not be representative. It was on a volunteer basis, so we did not have a specific number of observers in a specific region. We cannot say that we have conducted the monitoring in all regions and the data is representative in the territorial context. Therefore, we have chosen to cover the network of stores.

Going back to the monitoring of control points, we want to ask how long the second launch of the project will continue. And for which organizations you will provide the reports and recommendations?

At the moment we have planned to conduct monitoring by the end of this year — December 31st. We'll post the information on our website during this period, all violations and suggestions will be available for the wide audience. In addition, we will send them to the following state authorities: the headquarters of the antiterrorist operation, the State Border Service, the military and civil administrations in Donetsk and Lugansk regions and Ukraine Parliament Commissioner for Human Rights. In general, to all authorities that are relevant to the process of intersection of the contact line and responsible for the condition of the control points. Of course, we will notify international organizations that assist in the work of these control points. For example, for the most part, water and toilets at the entry-exit control points were not established by the state, but international organizations. They should also be aware of the current situation at the control points.