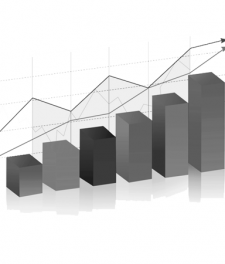 At the beginning of this month, we report on the work of the authorities in July, according to the rates of users of the All-Ukraine Complaint Service "KARATEL". Compared to the previous rating, more than 11 institutions were added to this rating, namely 75 organizations. In total, 412 applications were processed across the country.

Responses to our appeals came from 19 regions. But, in July, the authorities of Khmelnytskyi, Volyn, Prykarpattia, Cherkasy and Zakarpattia regions were "silent".

The capital remains to be the most active region with 239 responses submitted. The second place went to Kharkiv — 46 replies. State institutions of Dnipro City have processed 35 applications from users of the mobile application KARATEL.

The entire list of institutions that responded to our appeals is as follows:

On the mark "100 per cent" worked 14 organizations. It is worth to highlight Kyiv City State Administration, which received a high rating (93 per cent) for its performance during the processing of 24 applications. For comparison, Kryvyi Rih City Council, with similar number of processed appeals (20) in July, has an index of only 51 per cent.

39 institutions gained 75 per cent and more, which is more than half of those who responded to the appeals from our users.

There are results gained by Kyiv City State Administration in the "quantity-quality" component displayed above. In addition, it is possible to highlight the effectiveness of the Chernivtsi City Council (7 applications for 89 per cent), Dniprovskyi District Administration in Zaporizhzhia (6 applications for 92 per cent), as well as several metropolitan districts, but we will discuss them in detail below.

Among the frank outsiders, there is Kharkiv City Council (32 applications processed for 48 per cent, that means the majority of applications did not receive a successful respond), Zaporizhzhia Regional State Administration (1 — 25 per cent) and Dnipro City Council (7 — 21 per cent).

Zero result was reached only by one institution — Kremenchuk City Council whose employees were not able to provide responses for our two appeals. 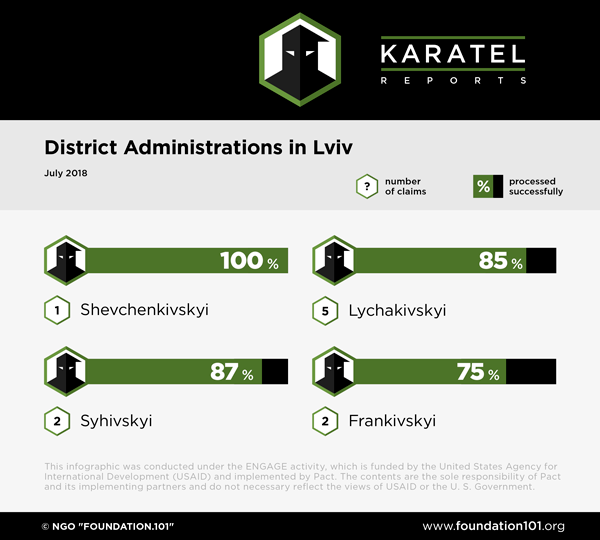