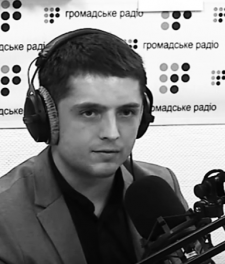 Problems of Employment in the Frontline Regions

4 Years in the War. The Crisis of the Employment at Donbas. NGOs "Foundation.101" and "Ukrainian Institute of the Future" studied the problems of employment in the frontline regions. And today the results of the research have been published. What conclusions were drawn, we will ask the authors&nbsp— Halyna Yanchenko and Yaroslav Pylypchuk.

The subject of the research is clear. But why now?

First, we set the main goal&nbsp— to evaluate the effectiveness of state incentive programs and to provide effective recommendations that will differ from those that the state does now. In this study we wanted to show the supposed global growth points and what we can do having limited financial resources.

When it comes to employment in the east, in frontline regions, I sometimes hear the opposite theses, but I understand that they get along, do not contradict each other in reality. Firstly, there is a disastrous shortage of skilled personnel at Donbas, and the best ones have left this problematic territory, because they can get a job on their specialty on a peaceful territory in Ukraine, and some even beyond its borders. On the other hand, the thesis that it is impossible to find a job there.

As for the first thesis&nbsp— you are right. Our research shows that skilled personnel have left this region. But there is another tendency when enterprises do not create conditions for these skilled personnel. I mean wages.

That is, when we say that it is impossible to get a job there, we mean a decent work. Probably some kind of low-paying job is available.

Sure. As they say in the business, why should we pay more if we can take a student and pay him less money, thereby optimizing some business processes and making them more profitable.

But the business speaks and thinks this way everywhere, not only on the problematic frontline territory. In Kyiv, if a businessman can hire somebody more cheaply, he will use this.

Yes of course. If we look at the figures that we examined in the study, we see that the main factors that caused the current trends of employment and unemployment are the problems of enterprises, we assessed them from the side of the business and from the side of the workforce. Let's look at it briefly. Beginning with the problems of the enterprises: the main trend was the reduction of the number of enterprises, the economic potential of the territory decreased, there were logistical problems, the loss of markets, etc.

And, probably, the loss of skilled labor, too.

Yes. Looking at figures, in Donetsk region the number of enterprises has decreased by 56 per cent, and in Luhansk&nbsp— by 71&nbspper cent. These are very significant figures.

Of course. In our analysis, the base period was the year of 2014.

When there was a war.

This is the official figures, as far as I understand. There is a hidden unemployment, when a person is listed somewhere, but in fact, does not work.

Yes, I agree. We analyzed the official data. If we take the situation in the general plan, then the tendency is that, actually, 50&nbspper cent of those inhabitants who lived in Donetsk and Luhansk regions, they moved to the GCA of Donetsk and Luhansk regions. This has created an increase in demand for jobs, and we do not have a financial resource or incentive programs to provide these jobs. The limited financial resources and inactivity of incentive programs are a major issue. This we have proved in the study.

Currently there are 1.5&nbspmillion IDPs in Ukraine. It's needed some kind of effective measures that can provide them with work. In our study, we propose a new concept: the state should less interfere with the redistribution of different processes, create more conditions for business. That is, the first impulse must come from the state. The second impulse is a business's turn. And then the business itself should lead this locomotive for job growth.

Let's look closely on the problems identified by the research in more detail. And then about recipes for overcoming them.

As I understand that we talked a bit about business issues. There are also separate problems of the people themselves, the workforce. Do I understand correctly?

Yes. The problems of the workforce were considered from both sides. The first is a problem that arises from the economic situation: income reduction, limited access to goods/assortment, various issues that arise due to the socio-economic status of the region. There are issues that arise with regard to the qualification of the workforce, etc. There is a moment when the quality of the remaining staff is low. The question of re-qualification becomes relevant. Programs that are currently in use are not always up to date. For example, now the main trend in the world is roboticism. We are currently preparing personnel that will not be needed in ten years. It would be logical to start a process that would prepare personnel for the future. We also have a problem, for example, that displaced universities are not involved in retraining staff. And why not use this resource more actively?!

This is from the realm of recommendations. As I understand that you personally focused on economic indicators while preparing the research, while your colleague Halyna Yanchenko was dealt with people's attitude to the problem. Halyna, good evening! Do you hear us?

Did I say right, did you research the "human" component?

What is the biggest problem with employment in the east? We said that, on the one hand, there are no decent jobs, on the other hand, there is no skilled personnel. How has your research shown, how much do these conditions&nbsp— the infrastructure of cities, the proximity of the war&nbsp— affect this and what can be done?

It should be recalled that we conducted in-depth interviews with four target groups: the unemployed, recently employed persons, employers (business representatives), and authorities. The problems we found were, I think, characteristic of most of the country's regions. If we are talking about workers, then they note, for example, that the role of the Center for Employment is purely nominal, people come predominantly to receive unemployment benefits rather than to really get help in retraining or finding jobs that may be of interest to them. They also indicate that there is a certain age discrimination on the part of employers. That is, people aged 35-40&nbspyears and older are much harder to find work. Very often, if we talk about innovative business, the resume of senior people is simply not considered, they are not invited to interview.

Halyna, you are right, this is not a problem of the east. This is a problem all over the country. Moreover, the post-Soviet space. Maybe the oligarchic economy. There are even jokes, such as we need a specialist at the age of 25-30&nbspyears with an experience in the profession of 40&nbspyears. It's really a common problem.

In general, yes. By the way, we were surprised by the fact that employers have recently moved to a search strategy for younger, perhaps less experienced, personnel who can be trained under employers' model of work, rather than older people that sometimes demonstrate the way of thinking and approaches which do not meet the needs of the company.

They are outdated, so to speak.

Yes. But if we talk specifically about those problems that are most characteristic for Donbas, in comparison with other regions, then the structure of the population was affected by a large outflow of personnel. Much of the narrow-minded specialists went to either Russia or other countries or moved to larger cities. For example, it is most often Kharkiv, Dnipro or Kyiv. On the one hand, there is an outflow of professionals who can receive higher wages and have better working conditions elsewhere and, on the other hand, a large number of people who have moved from the occupied territories. But again, according to statistics, a large part of the elderly population moved from the occupied territories. And there is a certain discrepancy between the supply and demand for labor. This creates a certain crisis situation in this market.

We depicted the situation not from the point "who is guilty", but how it really is. I understand that the purpose of the study is to do this. As far as I understand, you have separately analyzed employment incentive programs. At Donbas, there are separate programs that differ from all over Ukraine. Why are they ineffective and need to be changed? Here we turn to recommendations. I invite both authors of the study to a discussion.

Before that, I would like to mention one interesting fact. For example, if we are talking about incentive programs, then I will note interesting figures for the audience: in 2017, in Donetsk region, various stimulus measures were funded by 32&nbspmillion UAH and 69&nbspjobs were created.

That is, they spent 32&nbspmillion UAH to create 69&nbspjobs. It's about the effectiveness of these programs.

Yes. The question is not that they have spent a lot, but created few jobs. The question is how many jobs created that 69&nbspjobs. We believe that these programs: a) do not work; b) not sufficient; c) have a different concept. It is necessary to consider not only the stimulation, retraining, employment of those who come to the Employment Center. We must also work on start-ups and entrepreneurial activities. This is a more productive direction. If you look at how many projects are implemented, then there are 67&nbspprojects implemented, but their success is not very high. Most of those who participate in the contest prepare weak business plans. No professional training is required. But, for example, if international institutions allocate funds for small businesses in Donetsk and Luhansk regions, then they have certain requirements. People lose these contests, and international institutions do not give money because they do not understand the principle of implementing the proposed projects.

If you look at investment projects, there are positive cases. These are the projects that begin to understand this process. For example, during the analysis, there was a case where with the attraction of 30&nbspthousand UAH a man paid his project off for two months, and now gets two thousand dollars. So there are successful cases. In this case, it is necessary to take some measures to stimulate and develop this direction.

The thesis that state programs of stimulating anything, including business, are ineffective is not new. Of course, sometimes because of a lack of faith, sometimes because of corruption, and so on. The thesis "It is not necessary to help the business, just do not interfere" I hear the past 25&nbspyears, it's nothing to do with the war. Do you have any specific recommendations how to overcome it?

Yes, we offer a new approach to stimulating employment. If we look at these approaches, we divided them into three groups: standard mechanisms, systemic and classical. If we consider the standard mechanism that can stimulate employment, for example, apply preferential lending. There is a problem because a discount rate of the National Bank of Ukraine is 17&nbspper cent. So, credit rates are very high. It is impossible to apply this mechanism effectively. But the effect could be if the rates were lower. International benchmarks say that for USD 1 million you can create 50-100&nbspjobs. At least.

The second instrument is the tax holidays. For example, for those entrepreneurs who create 30-50&nbspper cent of jobs for IDPs. But this tool is also in doubt because there is no resource how to grant these tax benefits.

For those our listeners who will be curious, the recommendations are available on the F.101 site too.

We have 20&nbspseconds left, so tell me, has anyone listened to the recommendations you provided&nbsp— state bodies or international institutions?

We just released a research today. There are specific recommendations, that is, you take and carry out. This is a rhetorical question. And not to me.

Waiting for the reaction.