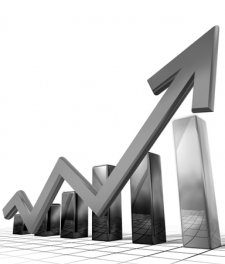 Karatel reports in the first quarter of 2018

Given material represents the operating results of the All Ukrainian Complaint Service "KARATEL" for the first quarter of 2018. During this period, 86 state bodies and private institutions responded to 591 applications, in a range from the ministerial level to a housing cooperative.

In terms of the number of submitted and successfully processed applications, the first place has been confirmed by Kyivers; there is a slightly less than half of the total number of responses — 260, on their account. The last time, in December, we reported that the users from Zaporizhzhia and the region were the second in the "initiative" component. However, they have dropped out of the TOP-3 in this rating. And now the second line was taken by the users from Dnipro and the region (56 processed applications). In particular, we should highlight the city of Kamianske, from where the applications are regularly received. Kharkiv with its region jumped quite a bit over Mykolaiiv region, and claimed their rights to bronze in the component "the number of responses received" (50). It is worth noting the increase in the initiative of the users from Bukovyna and Zhytomyr region — up to 18 responses submitted from each region.

Here is a more detailed analysis of responding of the authorities and private entities during the first quarter of 2018:

18 state institutions have reached the mark "everything is done". Ministry of Economic Development and Trade of Ukraine, which previously has got into our rating twice but never could boast of the result, is among them. Cherkasy City Council was almost close to the 100 per cent result, processing seven applications with 93 per cent of the efficiency, as well as Chernivtsi City Council, whose result equals to 18 applications made for 92 per cent. During the reporting period, the biggest number of applications was processed out by the Kyiv City State Administration with a fairly good result equaled to 79 per cent. In general, 56 state institutions have an estimate of 75 per cent. However, this mark was not reached, for example, by the municipal company "Kyivavtodor" (72 per cent), as well as city councils in Zaporizhzhia (70 per cent), Zhytomyr and Sumy (68 per cent each), Dnipro and Poltava (67 per cent each).

It should be emphasized that the quality of processing of 50 per cent and more is demonstrated by 82 (!!!) structures out of 86 evaluated in the first quarter. Only four institutions have not reached the result more or less acceptable: Zhytomyr Regional State Administration, Odesa City Council and two district administrations in Zaporizhzhia.

However, it should be noted that none of the institutions that provided responses to users in January, February and March did not remain the level of 0 per cent. 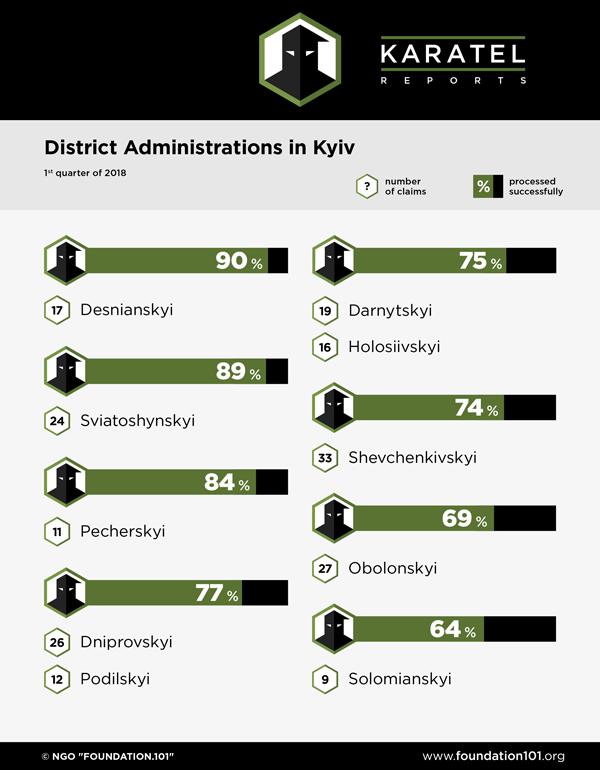 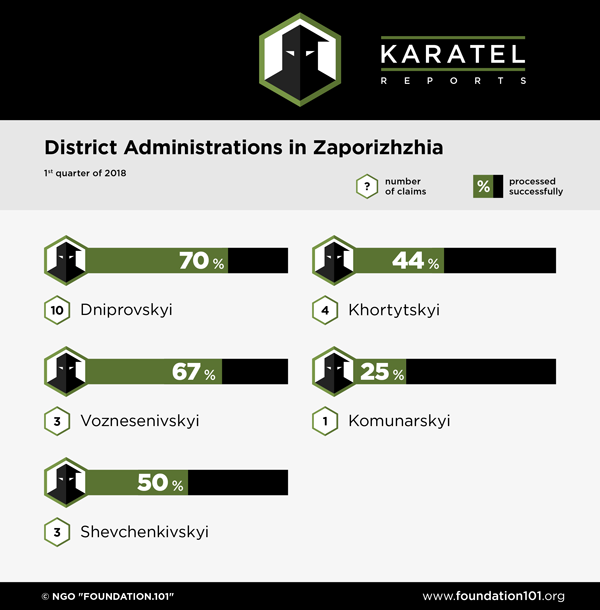 Unfortunately, we have to state that one of the leaders of the December rating, the Komunarskyi District Administration, has reached the bottom having processed our application for only 25 per cent.