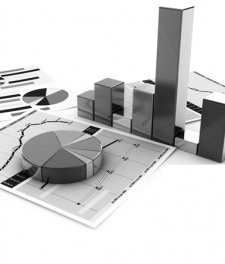 December rating of All-Ukrainian complaint service "KARATEL" summarizes not only the eighth month of the active functioning of the mobile application, but also finishes the year of 2017.

Generally, the list includes 64 authorities that responded to Karatel’s applications in December. The number of responses remained at the level of November — 356.

The undisputed leader of activity remains the same, which is the users from Kyiv City and the region. Half of the received answers were submitted by these citizens. But further, there are some changes. Thus, the users of Zaporizhzhia and the region became second. Recalling the fact that for the past three months, the users from Dnipro region were among the most active ones but in December they lowered to the fourth position according to this indicator. Mykolaiiv region closed the TOP-3 of the most active regions. It is also worth to note the growth of initiative from the users from Bukovyna and Sumy region.

There is a more detailed analysis of responding of the authorities in December:

16 state institutions performed with the highest result. But only Chernihiv Regional Road Service processed each of the received appeals positively. Several authorities approached the indicator of 90 per cent, among which is the State Service of Ukraine for Food Safety and Consumer Protection. In October, the percentage of the performance of this state institution was 13 per cent, in November increased to 75 per cent, and in December it was 88 per cent. The biggest number of applications from the users of "KARATEL" app was processed by Mykolaiiv City Council (26 complaints) but the final performance is only slightly higher than 60 per cent.

Overall, 54 out of 64 institutions performed the quality of processing 50 per cent and higher. 10 institutions haven`t reached an acceptable level. The Kyiv Regional State Administration (9 responses with 17 per cent efficiency) and the Ministry of Economic Development and Trade of Ukraine (1 answer — 0 per cent) stand out among the institutions which refused to respond properly to our appeals. Moreover, the Kyiv Regional State Administration dropped in its figures, having 44 per cent in November. The mentioned ministry got into our rating in October with zero result. 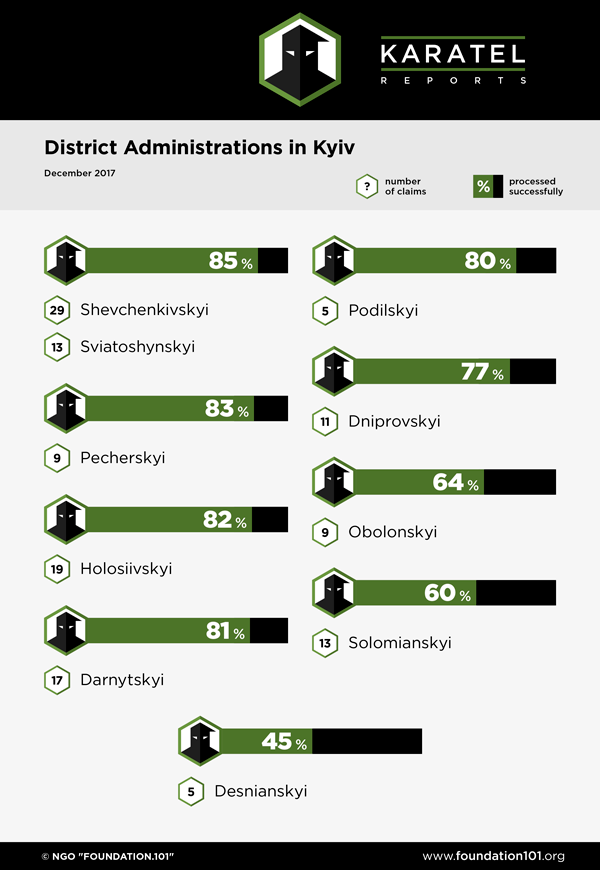 District state administrations of Kyiv processed 130 applications, that made a significant contribution to the total number of applications in December. Like in November, none of ten districts got 100 per cent result.

The first number in terms of quantity and quality is Shevchenkivskyi District State Administration. This is the first time this institution has shown such a result — 29 applications have been processed with 85 per cent. Sviatoshinskyi District Administration has the same percentage of efficiency, having, however, a significantly lower number of processed applications — 13.

Noteworthy is that having been the most effective district state administration of November, Desnianskyi District Administration slipped to the last position in December — 5 appeals with 45 per cent efficiency. The staff of the institution might lack enough resources for regular high-quality work. 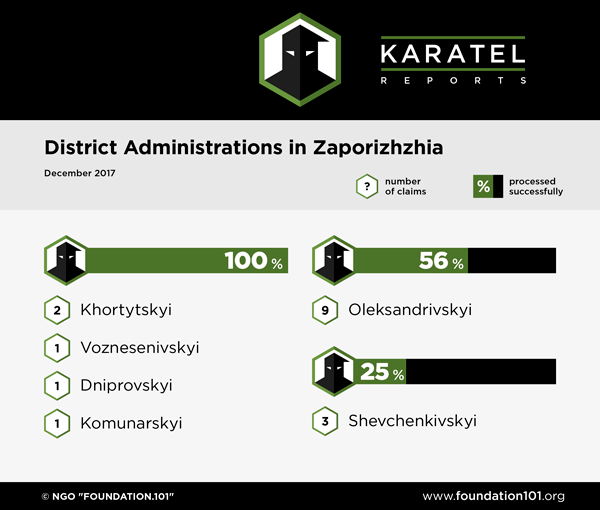 In December, six district administrations of Zaporizhzhia were under evaluation, and Khortytskyi region was the best. Every time the administration gets into the rating of Karatel, it is only in the highest positions with 100 per cent result. Komunarskyi district has something to be proud of as well. For the third month in a row the institution received from Karatel a 100 per cent mark.