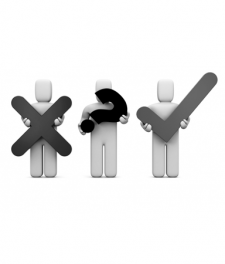 More than a half of proceeded applications were forwarded by inhabitants of Kyiv that puts them into the position of the most active users of the mobile app. In October, the biggest number of responses was received from Municipal Corporation "KyivAvtoDor" and several district administrations. The second month in a row Dnipro City Council also leads in the number of processed appeals. Assessing the activeness of reaction to appeals submitted, Kharkiv City Council took the third position. In addition, state institutions from Zaporizhzhia and Kherson proceeded more than 10 appeals each. Noteworthy, these regions have not demonstrated such high rates of efficiency before.

Overall, in October Karatel users assessed the work of the following organizations:

13 state bodies reached the highest feedback rate from the application users. Dnipro City Council was also close to the perfect performance: 37 appeals processed with 96 per cent efficiency. In comparison, Municipal Corporation "Kyivavtodor" had the second result in terms of the number of responses provided, but the efficiency of performance was only 63 per cent. Unlike the September rating, a majority of organizations (45 out of 58) provided responses processed positively — 50+ per cent of efficiency. 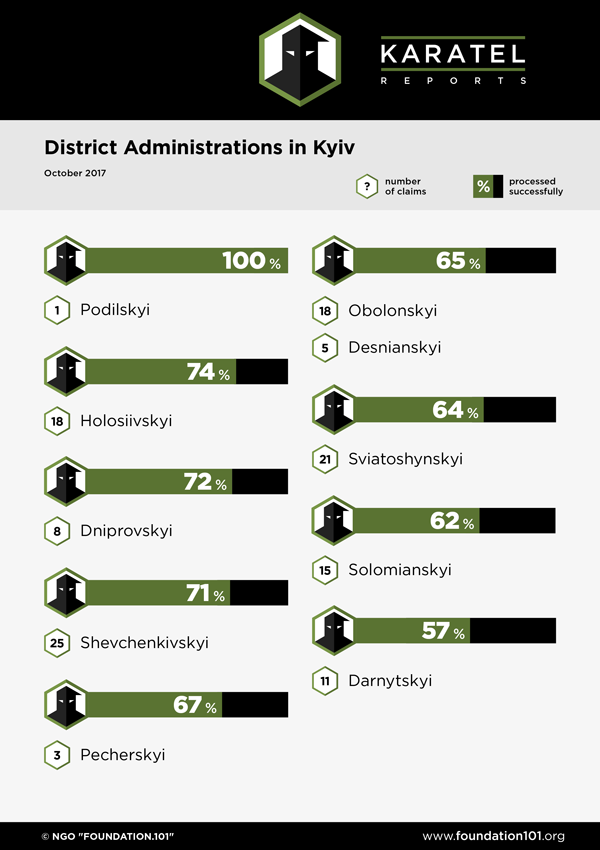 In October the situation was similar to August when none of 10 district administrations in Kyiv didn’t get the mark below 50 per cent. However, the main "lazybones" appeared here as well. The representatives of Darnytskyi District Administration in Kyiv processed 11 appeals with 57 per cent of efficiency.

The second month in a row, Podilskyi District Administration keeps the leading position, having processed the only complaint in October but with maximum efficiency. 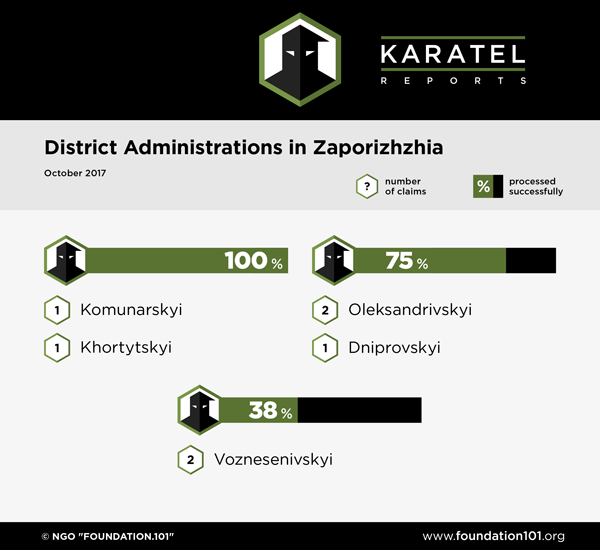 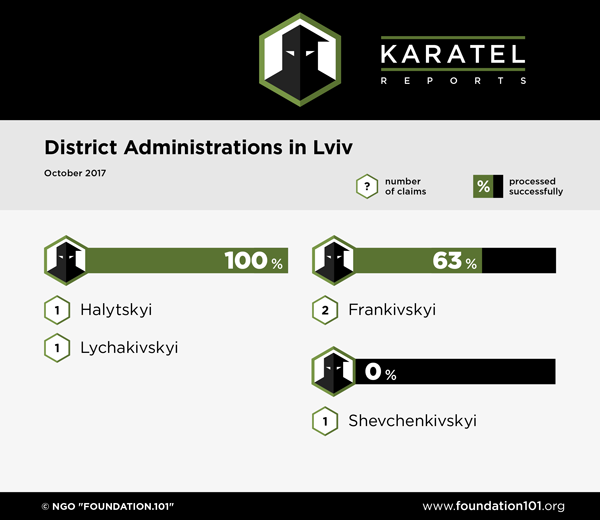 Shevchenkivskyi District Administration of Lviv City Council simply refuses to do proceed with Karatel's appeals. The representatives of the state body should think about the reasons why none of the users’ appeals has been processed properly for the last two months. Given that "Karatel" does not require anything more than their immediate responsibilities to residents of the district.