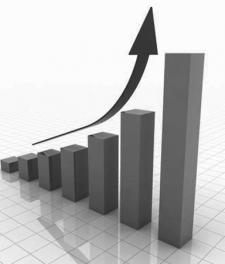 All Ukrainian Complaint Service "KARATEL" has assessed an operation of state and private institutions based on the users’ evaluation for the fifth time in a row. The current rating includes 70 state bodies in a range from the Ministry of Economic Development and Trade to state district administrations in cities.

Kyiv and Kyiv region are the leaders of activity as 17 state bodies reacted to 125 applications in this location. The second place was awarded to Dnipro and Dnipropetrovsk region — 8 authorities responded to 51 appeals. Our last position in TOP-3 most active cities is completed by two cities at once, specifically Lviv and Zaporizhzhia. Although Lviv citizens have remained beyond competition since the previous ranking. 13 appeals were processed by 6-7 responding state bodies successfully in each of the cities.

Thus, this time Karatel users assessed the work of the following organizations:

Overall, in September Karatel processed 275 appeals. Only 17 responding authorities reached the 100 per cent score within 70 in a general list. There are 3 district administrations in Zaporizhzhia as well as Zaporizhzhia City Council, city councils in Lutsk, Chernivtsi, Lviv, Sloviansk, Kremenchuk, Department of Consumer Market Development and Consumer Rights Protection in Prykarpattia, Odesa and Kirovohrad regional administrations. The lowest results scoring from 25 per cent to 0 per cent scored the Ministry of Economic Development and Trade of Ukraine, "Silpo" supermarkets, state region administrations in Kyiv, Rivne and Luhansk regions and city councils in Kherson and Zhytomyr etc. Dnipro City Council became the leader in the number of processed appeals in September, although effectiveness of the processing reached almost 50  per cent. Among those who responded to a high number of claims, exactly beyond 15, the highest efficiency was provided by Kyivavtodor (15 appeals performed at 72 per cent) and Sviatoshynskyi District Administration in Kyiv (20-65 per cent). However, this result reflects a declining rate for the last authority comparing with the previous rating. 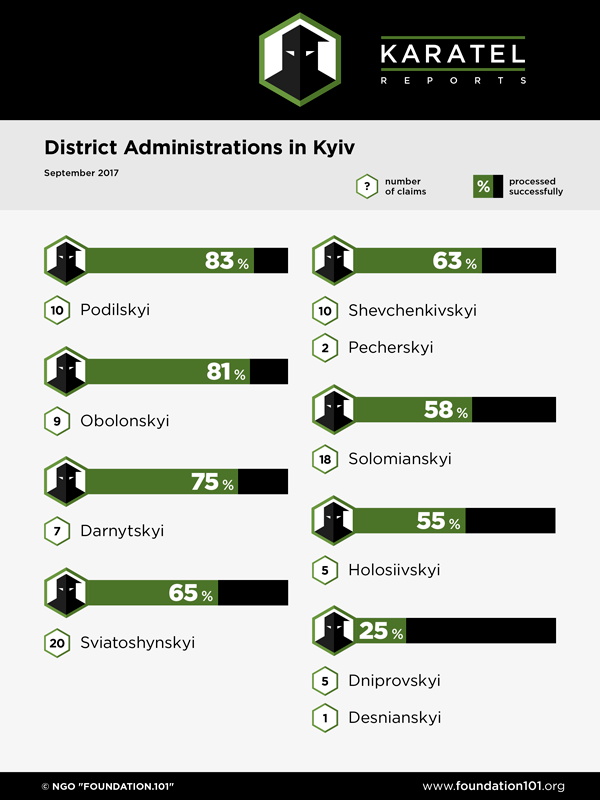 A significant difference of this rating from the previous ones is the adding of separate infographics, which represent cooperation with district state administrations of two more cities Lviv and Zaporizhzhia as well. 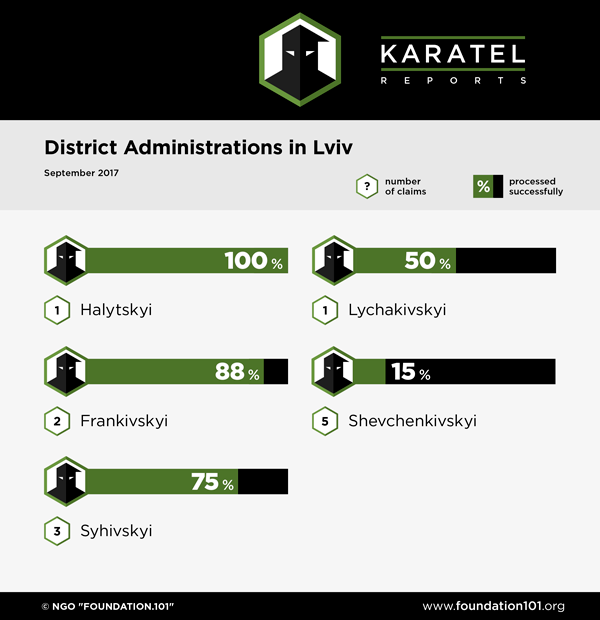 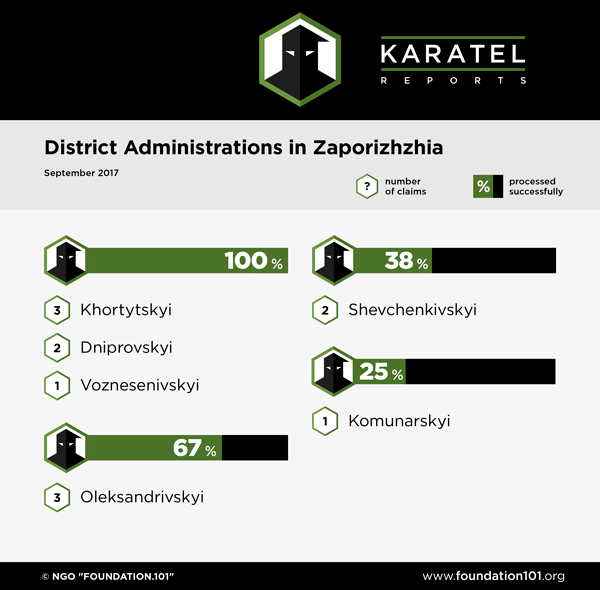 In Zaporizhzhia Karatel covered the territory of six out of seven administrative districts of the city. Three district administrations at once have 100 per cent rating here. However, the leader still remains Khortytskyi district having submitted each application successfully. The poorest result among the six administrations of Zaporizhzhia was gained by Kommunarskyi district since its workers managed to process the only application sent by 25 per cent, the quality of the answer is actually equivalent to zero.