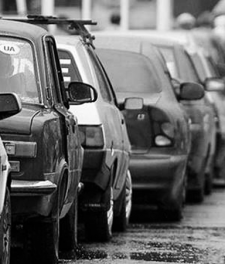 The Load at the Control Points in January-July 2017

NGO "Foundation.101" continues observing the operation of entry-exit control points in the eastern Ukraine within the "Frontline Inspection" initiative. This time we present the dynamics of the movement across the line of contact during January-July 2017 through the control points "Novotroitske", "Mayorske", "Mariinka", "Hnutove", and "Stanytsia Luhanska".

During the first seven months of operation in 2017, the control point "Mariinka" was the busiest control point of all. The total number of people who have crossed this control point during the mentioned period is 1.6 million. Comparatively, the leading control point over the same period of 2016 was "Mayorske" (titled "Zaitseve" before November 2016). 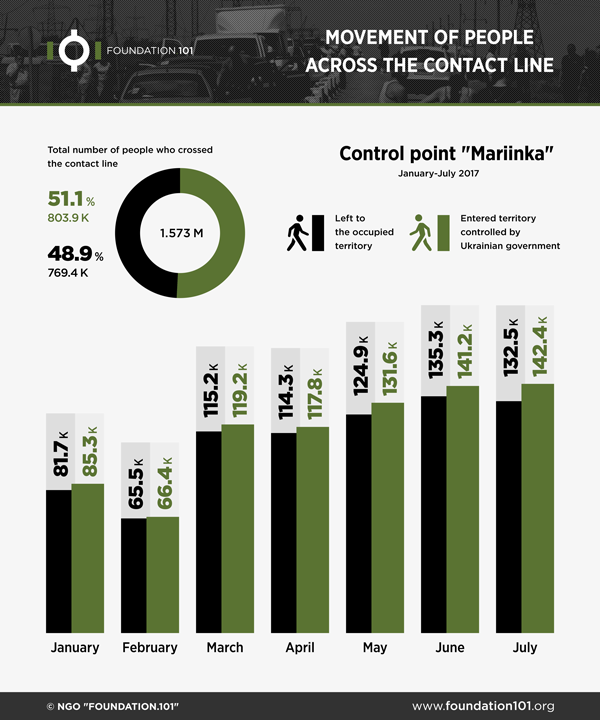 From January till July 2017, the major movement through the control point "Mariinka" was towards a controlled territory (803.9 thousand people). Approximately every month, except February 2017, the traffic in both directions was growing constantly.

Meanwhile, the control point "Mayorske" was crossed by 1.4 million people over the same period of time. 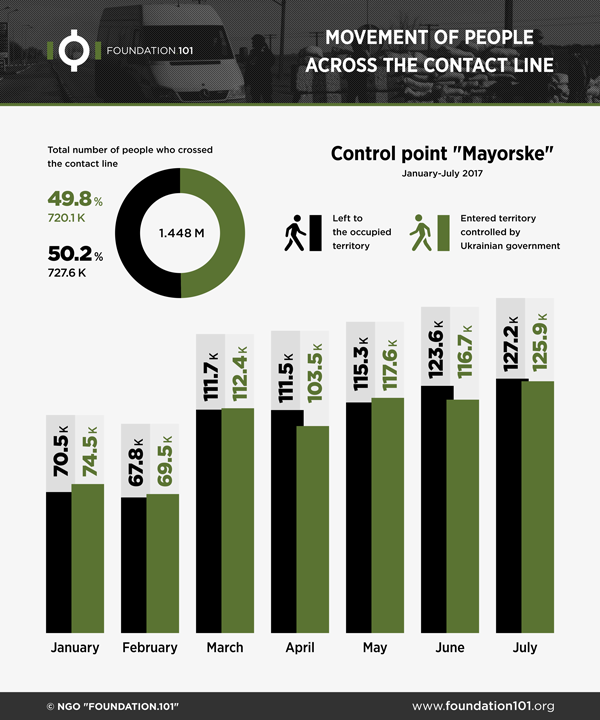 Talking about the direction of movement of the civilians at this control point, there is a tendency increasing traffic to the occupied territory on a monthly basis, starting in March. As for the opposite direction, the number of people who had entered the controlled territory in April, June, and July was smaller than those who had left the controlled area.

At the control point "Novotroitske" the direction towards the controlled territory was busier (658.8 thousand people). 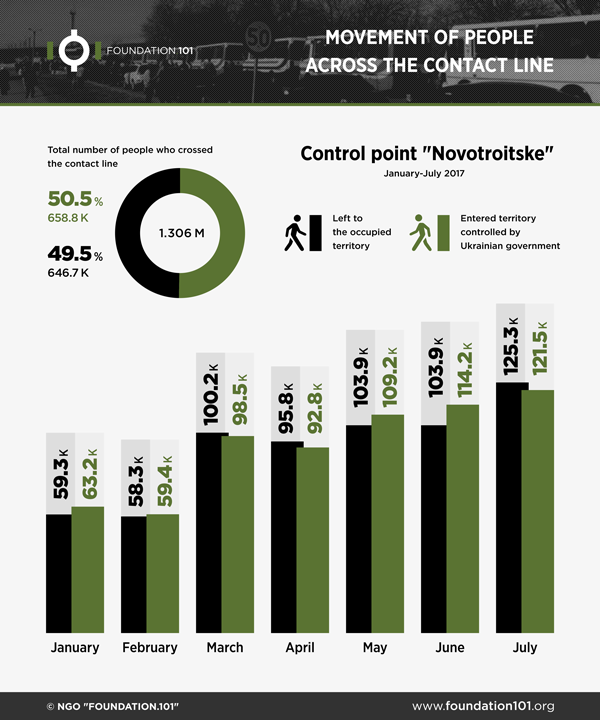 The movement at this control point is characterized by "jumping" dynamics. Thus, for instance, the difference between February and March is 40 thousand people. The tendency of the growing traffic here took place in spring. The next tangible fluctuation up occurred in July, when the traffic increased by 12 thousand towards the occupied area and by the entrance by 6 thousand towards government controlled area, compare to the movement in June. 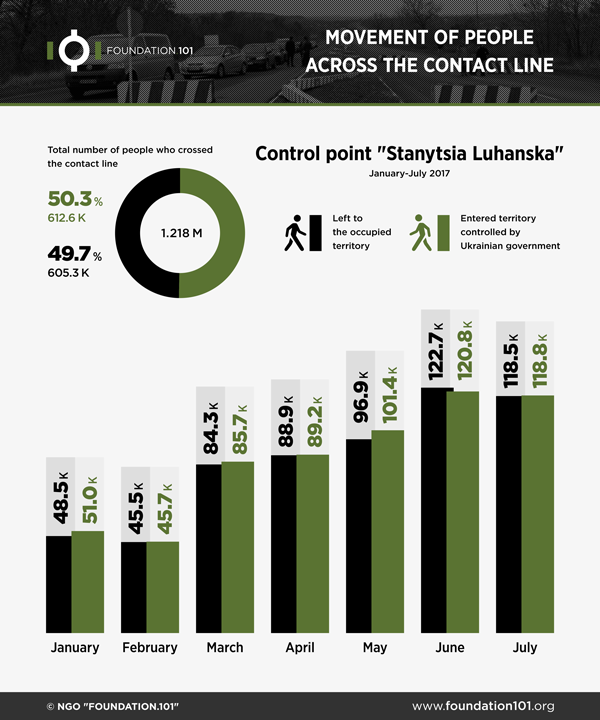 The minimal load among all the operating entry-exit control points was recorded at Hnutove (795.4 thousand people). 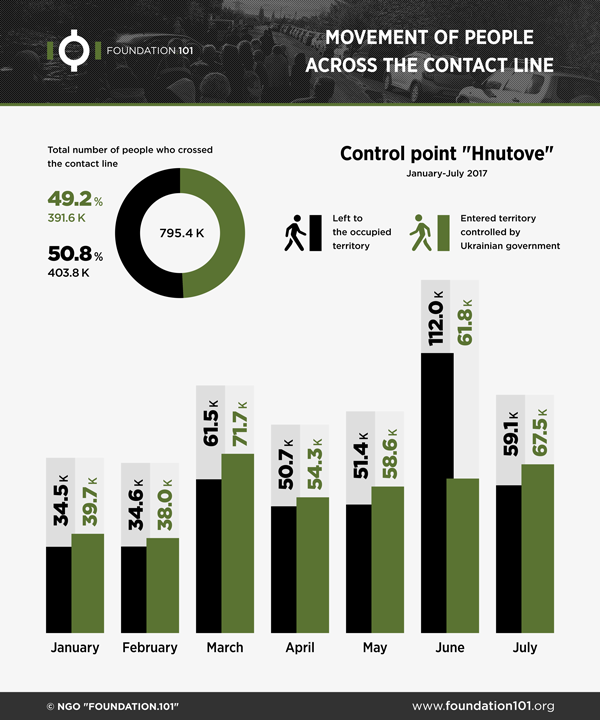 There were several load peaks here: the first — in March and the second — in June. In the beginning of spring, more people traveled towards the controlled area (71.7 thousand) vs the uncontrolled territory (61.5 thousand). Considering the figures in March, the number of crossings increased by about 30 thousand. In June, citizens entered the occupied territory more often (112 thousand) vs the number of journeys in the opposite direction (61.8 thousand). Compared to May, the number of crossings towards the occupied territory increased by 60 thousand. However, in July, the things returned to virtually the same level as at the end of spring.