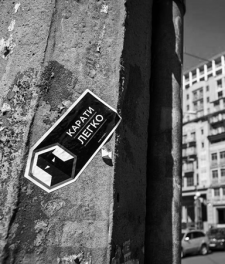 The third rating of All-Ukraine Complaint Service "KARATEL" covered 95  state structures and private entities that had processed users’ appeals in July  2017. The current list of performers is bigger than the previous one in June by a quarter.

The rating of Karatel is formed based on the users’ evaluation of authorities’ reaction to their complaints submitted earlier.

The assessment covered a wide range of state organizations, including Patrol Police and National Police divisions in the regions of Ukraine, state regional administrations, city councils and their departments, municipal companies such as Kyivavtodor, Kyivmisksvitlo, Kyivpastrans, Kyivdorservis, Dniprovodokanal, state district administrations, departments of State Service of Ukraine for Food Safety and Consumer Protection and regional departments of Traffic Roads Service.

Users from Kyiv, Zaporizhzhia, Dnipro, Kharkiv, Lviv, and Odesa enjoyed solving various problems of their cities with the help of Karatel more frequently than people from other cities of Ukraine.

In July, 36 state organizations performed the best. Department of Urban Development and Architecture of Kyiv City Administration, Infrastructure and Amenity Department of Zaporizhzhia City Council and Municipal Corporation "Kyivavtodor" scored 100 of 100 as they efficiently responded to each claim they received. Khortytskyi District Administration in Zaporizhzhia were close to the perfect performance as well. They scored 90 per cent. 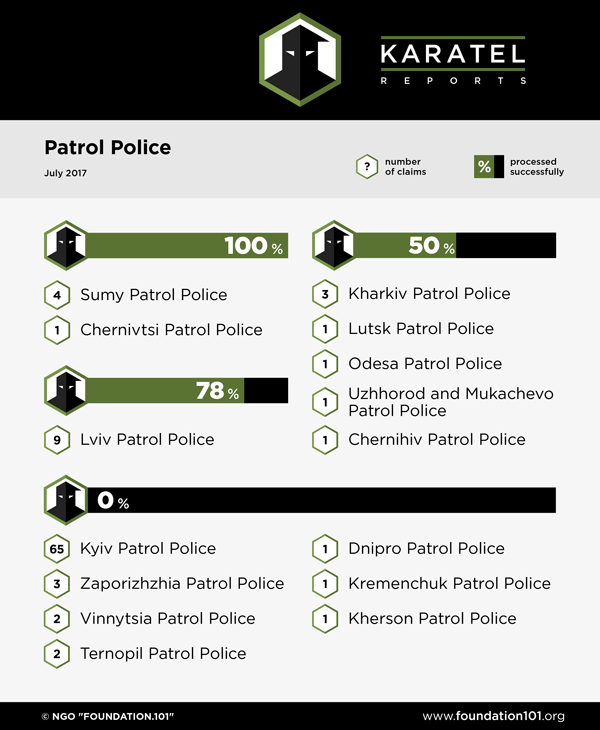 The Office of Kyiv Patrol Police was in the highest demand among the Karatel users. In July the received 65 claims. Despite such excitement, the institution has not reacted positively on a single claim but sent back the same "run-around replies". At the same time, Police Divisions of Lviv and Sumy did not hesitate to start administrative cases on parking violations. Thus, Lviv Patrol Police dealt with 9 cases (78 per cent); while Sumy Patrol Police processed successfully 4 out of 4 appeals.

Oleksandrivskyi District Administration in Zaporizhzhia (34 appeals) and Department of Transport Infrastructure of Kyiv City Administration (30 appeals) were in the greatest demand in July. Remarkable is that having almost the same number of appeals the quality of processing is higher in the district administration of Zaporizhzhia (60 per cent) than in the Kyiv city department (45 per cent). 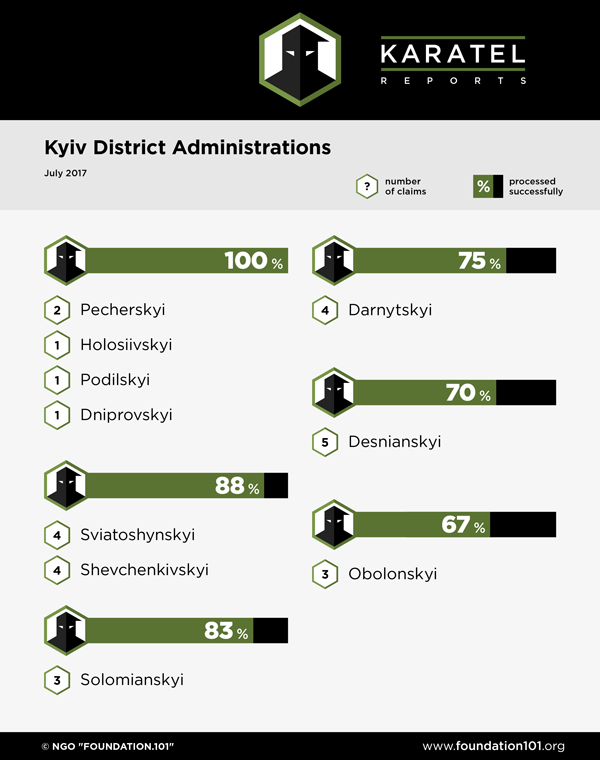 The cooperation with District Administrations in Kyiv showed positive dynamics in total. In July, each of 10 administrations provided responses to our appeals and, for the first time, all of them reached more than 65 per cent of effectiveness. The biggest number of replies was received from Desnianskyi District that had processed 5 appeals with 70 per cent effectiveness. Pecherskyi District Administration, which was the lead "sloppy worker" of the previous rating, became the best this time, carrying out all tasks that had been set.

Also, we would like to emphasize the approach of Sviatoshynskyi District representatives: the performers always attach a photo proof of work undertaken. This, in turn, allows us to track our common achievements.