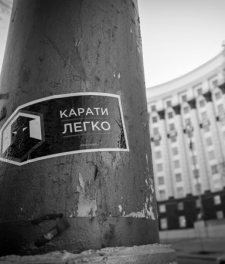 NGO "Foundation.101" has summed up the results of the first month of operating "KARATEL" project. The rating of authorities and private entities was formed based on the users’ evaluation who had received the replies on their requests earlier.

Kyiv Patrol Police didn’t submit a single positive reply. The "run-around replies" were sent on 171 appeals and nothing was done for punishing the offenders. The same situation happened at Patrol Police in Mykolaiiv and Odesa.

In opposite to such "run-around replies", we have got an example of efficient responding. Departments of Patrol Police in Kharkiv and Chernivtsi received 100 per cent according to users’ evaluation. Local department of Patrol Police in Zaporizhzhia worked almost perfectly efficiently processing three out of four appeals.

Kyiv citizens were among the most active users of the service during the first month. For this reason, the rating of Kyiv’s District Administrations is shown separately. Solomianskyy and Pecherskyy District Administration processed the biggest number of applications — 6 per each. At Solomiankyy District almost all the problems were solved. At the same time in Pecherskyy District, only a half of appeals were processed successfully. In Obolonskyy, Dniprovskyy, Desnianskyy, Darnytskyy, and Sviatoshynskyy District of Kyiv citizens’ claims were reviewed and addressed appropriately. 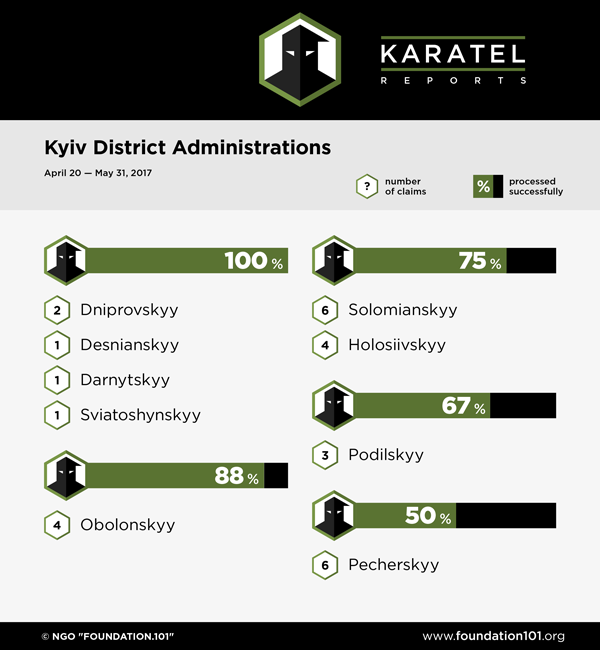