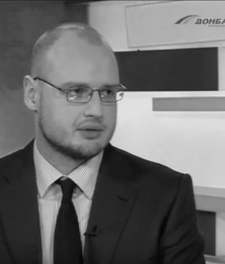 The waiting conditions at the entry-exit control points, concerns and problems occurred while crossing the line of contact were the topics discussed with Andrii Bogdanovych, the chairman of NGO "Foundation.101" within the talk-show "All together" on a TV-channel "Donbas"

In the middle of March a round table was held in Verkhovna Rada to discuss existing problems of people crossing the line of contact. Which points were covered within the event? Who participated in the round table? And did you manage to reach a common decision?

In fact, a round table, has been held in Verkhovna Rada recently, arranged by Inter-factional association of the Members of Parliament "Parliamentary Platform for the Future of Donbas", with the participation of non-governmental organizations "Foundation.101" and "Donbas SOS". We have held the round table which resulted in drafting a package of recommendations to improve conditions of the control points. Overall, 12 points have been drafted to reach the improvement of the control points operation.

What are these recommendations about? And which period will the implementation cover?

The first recommendation is to approve universal standards of the entry-exit control points operation. Currently, each control point differs from each other. For this reason, we are proposing to set the uniform standard. One of the ideas is to create a separate state company should be created to manage existing control points and ensure effective coordination of its work and appropriate financial and economic management. Nowadays, the whole thing with the control points is very uncertain. Some of them are municipal property, others don’t belong to anyone at all. Consequently, it is quite hard to determine who is responsible for them, e.g. take care of sanitary conditions or the presence of toilets at the checkpoints. It is logical that the matter will be dealt with by local authorities.

Which points require are the most urgent?

It’s no coincidence that the first thing I mentioned was a uniform standard for all control points. It is necessary to standardize the appearance of a checkpoint as well as the number of toilets for each, depending on the traffic flow etc. This developed standard for the checkpoints would simplify the equipment process of each new checkpoint.

Andrii, who is responsible for the implementation of these recommendations? Are there any opponents of this process?

The round table in Verkhovna Rada is the first step on our way. We listed the necessary changes. Not everyone was able to participate in this event, so extra time was left to submit additional recommendations. After an expiration of this term, we are going to hold a working meeting to divide responsibilities for implementation of each recommendation. As the Members of Parliament participated in the round table procedure, they have an opportunity for lobbying certain legislative changes. So the next step would be to distribute responsibility for implementation of recommendations among engaged MPs.

Of course, the recommendations of various levels were developed. There are several which need small financial allocations, at the same time there are those that require relatively bigger allocations. For example, one of the recommendations is to create administration centers and provide free legal aid. Obviously, it is a challenging task both its financial and organizational component. There is a need to construct the administration centers for provision of a range of administrative services that are available at the controlled territory. Many of the drafted recommendations potentially might be supported by international donors. We just want the government to start the implementation and attract support from international donors.

Andrii, your colleagues had been conducting the poll of citizens who crossed the line of contact to find out their worries and concerns. Summarizing the collected data, please portray a person who regularly crosses the line of contact.

We have conducted the poll for more than a half of a year to find out the reasons for crossing the contact line. As for people’s concerns, the long queues keep the leading position among the main civilians’ concerns. The figures varied depending on the monthly distribution from 78 per cent to 81 per cent. At the same time, the threat of shelling was cited by 27 to 55 per cent of respondents. The difference sometimes has equaled two or three times as big. Waiting conditions is at the third place (from 18 to 37 per cent). Approximately 7 to 10 per cent of people are concerned about the threat of mines. These figures show that people are used to live under military actions including shelling. Currently they are more worried about domestic matters. Long queueing as an issue is on the first place among the people's concerns because they cross the line of contact quite frequently. The security issue is not leading which is a bit paradoxical. All these points confirm the idea of providing the proper waiting conditions at the control points to increase the through-flow capacity, in this case there will be no need for long waiting etc.

You also asked about the reasons of crossing the line of contact, did you?

Yes. Visiting relatives is on the first place (from 36 to 41 per cent). It is followed by shopping (from 25 to 38 per cent), cash withdrawal (from 26 to 32 per cent). It means that the connection between the occupied and controlled territory remains strong. Indeed, all the recommendations jointly prepared while holding the round table are based on polls and requests about people’s concerns and suggestions. And these recommendations were developed to solve the issues which people are regularly faced at the control points.

The next question of our conversation today is about your project "Skarga.101", which is aimed to allow people to send complains on the officers’ violations at the checkpoints interactively. Please, share the results with us.

Indeed, we have launched a mobile application "Skarga.101" some time ago. It is available for download at App Store and Play Market or at website skarga.101.ua. There are two types of violations to complain — on a control point’s officer (border guard, fiscal officer, or military officer) or on a sanitary condition of the control point (for example, dirty toilets, absence of drinking water etc.). As for the division between these two types, the majority of complaints is received on officers’ actions — 1-2 complaints a week in average. Complaints on the sanitary condition at the control points are sent more rarely, because the drinking water is usually present at the checkpoints, as well as the toilets, though the WCs are frequently dirty.

Do state authorities respond to these complaints?

Now it operates under the following scheme: when the complaints are received, we collect the data and generalize them, after that we send an appeal to an administrative body which is appropriate to assist in given cases, either the State Border Service or the State Fiscal Service. During one of the phases, we wanted to provide a direct access to our database for officers of the State Border Service, the State Fiscal Service, and the Antiterrorist Center at the Security Service of Ukraine. So each type of complaint could be processed directly by a relevant administrative agency, but unfortunately, all the authorities refused the proposition. Initially we started the negotiations and they even agreed, and the process of signing a memorandum for cooperation have started. But when it came to the direct start of work, we received the rejections from all the state agencies since according to them they already have their own hot-lines and there is no need to use our application. That is why, currently we are working under the scheme mentioned above.