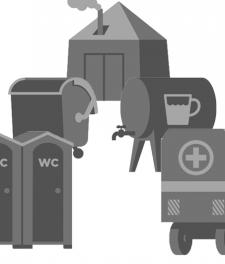 The Conditions at the Control Points in Eastern Ukraine

In winter NGO "Foundation.101" monitored observance of human rights as well as sanitary conditions at the entry-exit control points in Donetsk and Luhansk regions within the "Frontline Inspection" initiative.

The organization recorded improvement in the quality of sanitary infrastructure, i.e. availability of toilets, drinking water, garbage containers, medical aid stations and heating points. The infographic drafted by the Foundation.101 points out figures and location of the mentioned infrastructure objects. 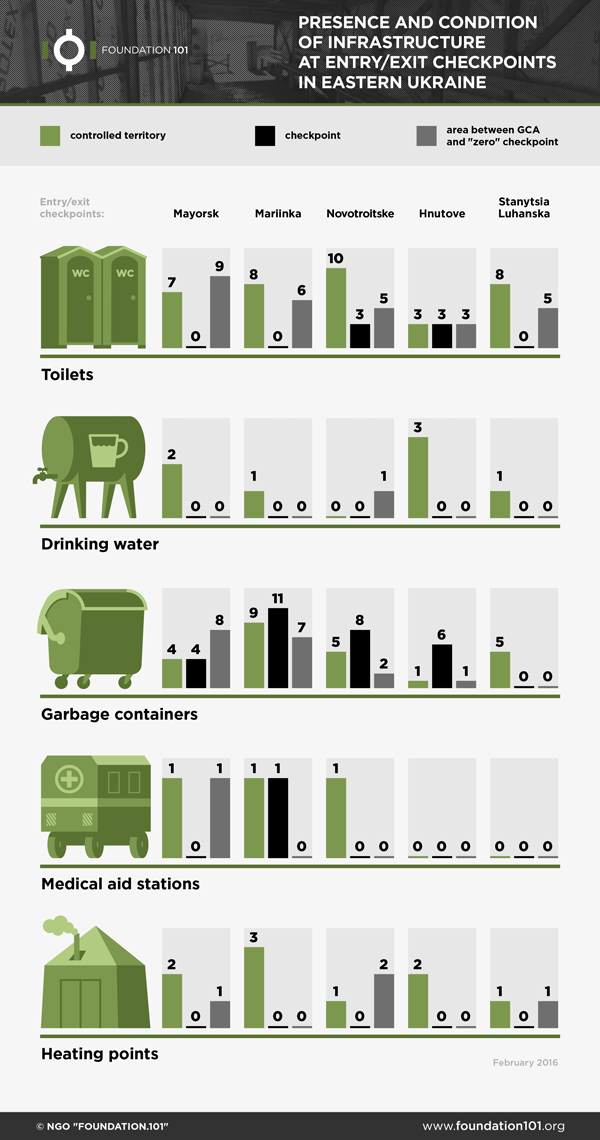 Comparing with data collected 3 months ago, at "Mayorske" the number of toilets has increased at both sides of the control point: 7 items on the controlled and 9 — from the side of so-called "gray zone". Also the number of garbage containers increased to 8.

At Marinka, the number of garbage containers increased significantly: on the controlled territory there are 9 items, directly on the entry-exit control point there are 11 items, and from the side of so-called "gray zone" there are 7 containers. Also, one additional medical station and one heating point were placed here.

At "Hnutove" three garbage containers were added directly on the territory of the control point.

As for "Stanytsia Luhanska" which is the only entry-exit control point in the Luhansk region, there is one additional heating point from the side of uncontrolled territory. Also, the number of garbage containers has increased by 3 items on the government controlled territory.