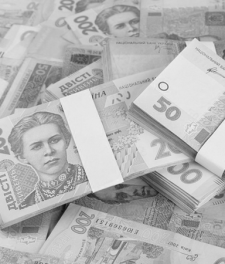 According to the information received, the number of budget allocations for IDPs has increased by 309 million over the past year. Thus, it totals in 3.2 billion UAH. In January 2016, Foundation.101 informed that the budget allocation to assist IDPs equaled 2.89 million UAH. 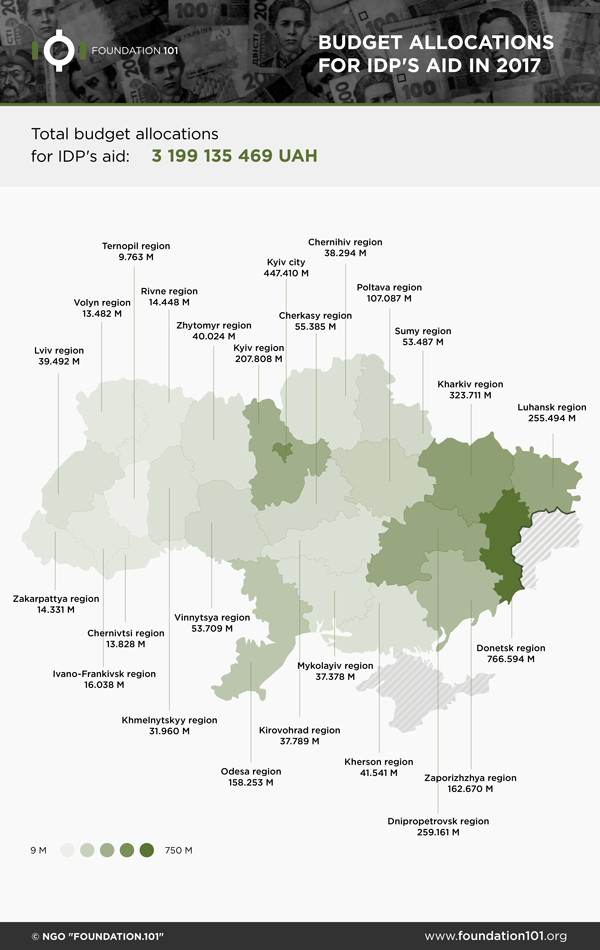 Overall in 2017, the average amount of IDPs aid which is alleged to be provided from the state budget is 1965 UAH per one internally displaced person. As for regional distribution of the budget allocations, the biggest amount of the targeted aid was reserved for Donetsk region — approximately 767 million (24 per cent from total amount) and the smallest amount — for the Ternopil region (9.7 million).

Kyiv city is on the second place by the total amount of aid allocated to IDPs — 447.7 million UAH, in spite of the fact that the Luhansk region is reported to be the next after the Donetsk region in the list of regions with the highest concentration of IDPs. 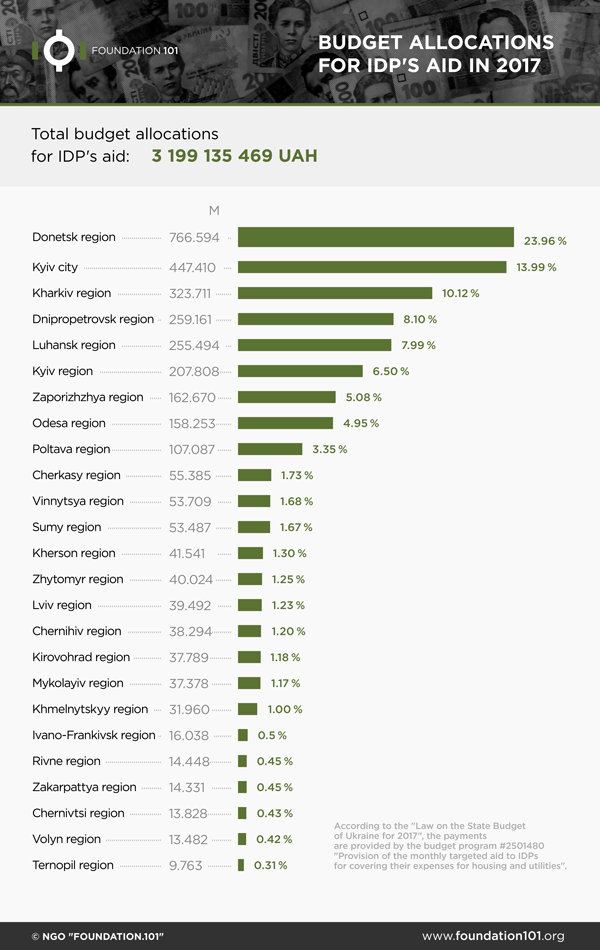 The study is a part of "Frontline Inspection" initiative of the organization.