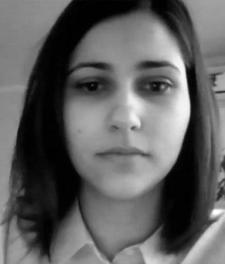 NGO "Foundation.101" has presented the latest survey "Social Situation in Frontline Cities Based on the Case of Bakhmut. Problems of Internally Displaced Persons, Short-term Visitors and Local Residents". Halyna YANCHENKO, the manager of the project talked about the results of the study within the television program "Informational morning" at TV-channel "5 channel".

As a conclusion of your study you give recommendations for international organizations and authorities of national and local level about further actions to be provided to defuse a social situation. Please give some more details about the conclusions you have drawn, in particular what was the aim of the study and where do you plan to send it?

The aim of the study was to outline the main trends and problems faced by internally displaced persons (IDPs) and Bakhmut residents because of the city’s frontline location and related social issues. The study was focused on the social issues that take place in frontline cities. Rather frequently when we talk about problems caused by the armed conflict, our minds draw a picture of shelling and other sorts of active military actions. Sometimes we speak about people who stayed on the occupied area, but problems of the frontline cities are hardly ever raised in the public discourse. These cities are peaceful currently, but they are in very complicated social situation. That’s why the aim of our study was to find out the problems of frontline cities. We chose Bakhmut as an example.

Generally, we studied problems of the city alone and the impact on the city lifestyle caused by the war, for example problems of the IDPs, who permanently settled in the city. We also studied concerns of so-called "short-term visitors" — people who are permanently reside on the occupied territory but travel to the controlled territory in order to meet their personal needs.

Talking about problems of IDPs, our study identified two key problems. Firstly, it is quite hard to find a decent job. Of course a person seeking for a job will most likely find it, but the job will be hard and low-paid with a salary ranging from 2 to 3 thousand UAH. This amount of money is too little to afford living for a family. And therefore the second problem is expensive housing.

So these two mentioned problems — the lack of sufficient number of well-paid job opportunities and the expensive housing are the most frequent reasons which forces people to leave government controlled territory and return to their own places at the occupied area. This is relating the problems of IDPs.

There are also two major problems "short-term visitors" are faced, i.e. those who reside on the occupied territory but frequently travel to the government-controlled part of the Donetsk region. The first one — is a problem of crossing the contact line. Currently, the intersection through a road corridor to Bakhmut is pretty time-consuming. To the date, the average duration of travel from big cities located on the occupied territory towards Bakhmut is 5-6 hours. So a person who came to solve some personal issues has to spend practically a half of daylight hours for the journey. Accordingly, these people often don't manage to solve all their problems in one day, therefore they are forced to stay in Bakhmut overnight and search for housing in a stranger city etc.