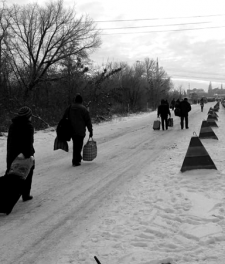 NGO "Foundation.101" conducted a thorough analysis of the data on number of people crossing the contact line in 2016. Data provided by the State Border Service of Ukraine contended information on the total number of people who crossed the line of contact as well as information about the direction of their movement. 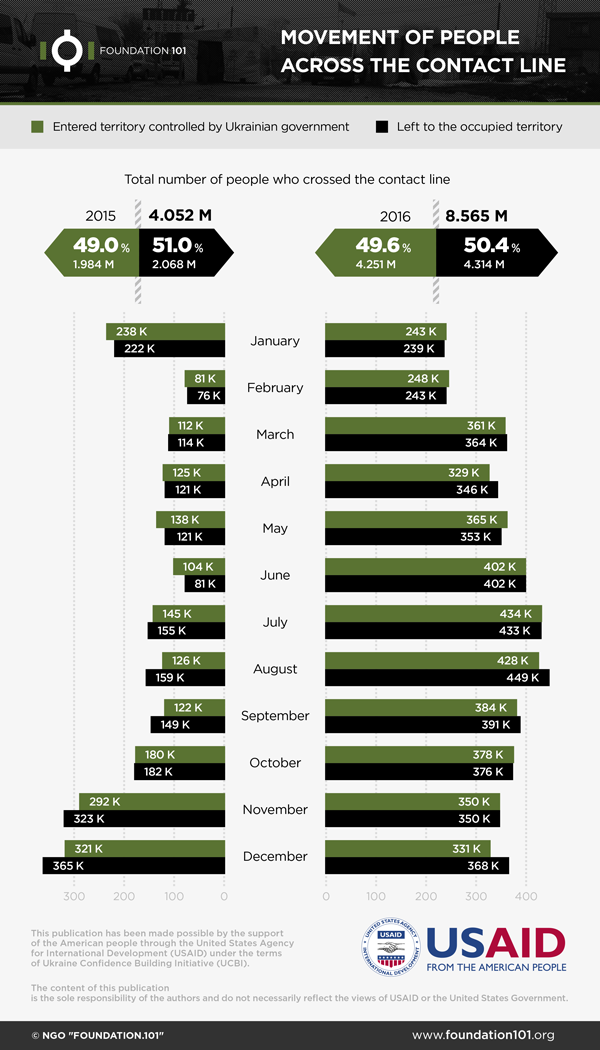 The infografic above shows that the number of people who cross the contact line in 2016 increased by 4 million people compare to 2015 (4.05 million vs. 7.92 million).

The common tendency for both 2015 and 2016 is the increase of the flow of passengers and vehicles in the second half of the year.