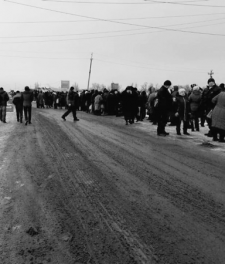 The Survey of Citizens at the Control Points in December

NGO "Foundation.101" has summed up survey of the citizens who crossed the contact line in December 2016. Within the polling oranization polled 2,695 people at the operating control points in the Donetsk and Luhansk regions. The activities are a part of organisation's "Frontline Inspection" initiative.

In December 2016, the main reasons for crossing the line of contact through the entry-exit control points in the Eastern Ukraine, are visiting relatives, shopping and cash withdrawals. In December, 38 per cent of respondents mentioned they travel to visit relatives and for shopping each. Comparing the survey results in November, "visiting relatives" lost 3 points, while shopping, in contrast, added 3 points.

In the same time, significantly less people responded that they travel to withdraw the cash. In November it was 32 per cent vs. 27 per cent in December (minus 6 points).

Solving problems with documents, work and checking property are at the fourth, fifth, and sixth place in the list of reasons for crossing the contact line correspondently.

Noteworthy, Foundation.101 notes a tendency to decreasing the number of people who travel by car and didn’t manage to cross the contact line till the end of the day. In December, it reached 8 per cent, while in September it was 23 per cent.

The survey of the citizens on the line of contact covered the period from 1 to 31 December, 2016. 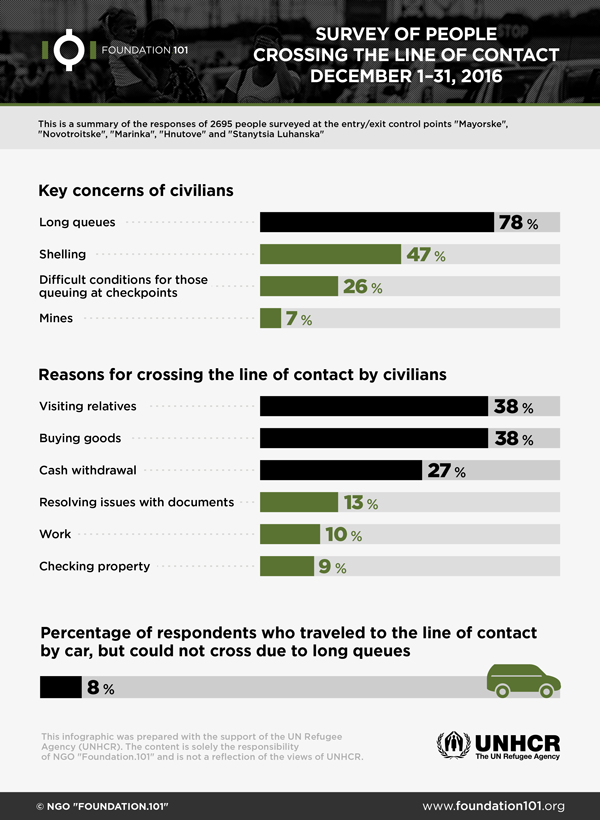