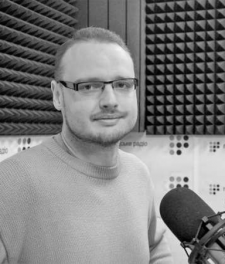 NGO "Foundation.101" has presented the results of the monitoring at the control points on the contact line in August-September 2016. The chairman of the NGO Andrii Bogdanovych talked about latest analysis of entry-exit control points in the Donetsk region in the air of "Hromadske Radio".

In August we restored monitoring at all control points which are currently working in Donetsk region, namely "Zaytseve" (that was moved to Mayorsk in the end of October 2016), "Novotroyitske", "Mariinka", and "Hnutove". In general, we monitor the way the contact line is crossed, the observance of human rights at the entry-exit control points in Donetsk and Luhansk regions and interview people to find out their concerns while crossing the contact line, what they would like to change, as well as the reasons of the contact line crossing.

How many people cross the entry-exit control points in both directions? In what direction is there a bigger flow of people?

In fact, it’s approximately an equal amount of people move in both directions. Moreover, a large number of people travel from the uncontrolled to the government controlled territory to buy food and then go back. Talking about the reasons for the crossing, 37 per cent of respondents go to visit their relatives. There is a strong family connection among the people in the uncontrolled and controlled territories. The following data shows us that we can’t completely break the connections with the people who are still living in the occupied territory, as some people suggest.

There are people of different age, who cross the line. We collect this data from the people at the entry-exit control points during our survey.

There are two categories of people. Those who live in non-government controlled areas and travel to government-controlled areas to visit relatives and to purchase goods. They come back afterwards. This category of people crosses the contact line more often. Another category resented by younger people who have settled in the controlled area and live there permanently. They visit parents who stayed in the occupied territory.

There are people who left the occupied areas but then came back in a while. It is not permanent migration. People come back because of different reasons. Some of them are forced to return to the occupied territories where they have at least an apartment due to the lack of money and permanent housing at the government-controlled territory. It will be wrong to say that people return to the occupied territories, because they support the so-called republic. People have to come back to have a roof over their heads.

Almost 20 per cent of respondents reported that they could not cross the contact line.

In fact, such incidents happen. First of all, it happens because of long queues. 78 per cent of respondents said that excessive queues at the control points is their biggest concern. A number of citizens reported that they stayed for a night near the checkpoint, in tents for heating or in a car in order to save their place in the queue.

How much time people spend on average to cross the contact line?

We usually ask about people’s last experience. According to the data we have obtained during the survey, 26 per cent of people have spent about three hours. However, there have been cases when people spent from five to seven hours waiting in the queue to cross the contact line and the checkpoints.

Besides the time, how much money do people usually spend for crossing the contact line?

Overall it is 400-500 UAH, including cost of fuel, food and other travel expenses.

Interestingly, people’s biggest concern is long queues (77 per cent of respondents pointed that out). Moreover, the threat of attacks is on the second place (34 per cent of respondents concerned about it). It means that people will remember the long queues on the checkpoint much more than an issue of possible attacks. The difference is almost doubled between these indicators. To sum up, people got used to the armed conflict in the region and now they are more concerned about routine issues.

But the problems differ depending on the control point. For instance, long queues are of least concern to those traveling through the control point "Hnutove", and the biggest concern of those traveling through "Zaytseve". With 78 per cent as the average rate of concern about long queues, this figure significantly varies at different entry-exit control points. For "Hnutove" it is 49 per cent, for "Novotroyitske" 75 per cent, "Mariinka" — 84 per cent, and "Zaitseve" — 99 per cent.

Talking about the poor conditions, people mainly complain about dirty or rarely cleaned toilets. Sometimes because of a large flow of people, even daily cleaning of the toilets doesn’t help to keep them clean.

As a result of your monitoring there were recommendations to local authorities. What did you recommend?

We collect the data to identify the problems and think who can address it form the authorities. Main solution to resolve the issue of long queues and waiting conditions is opening additional shelters for protection against adverse weather conditions (shelters from the sun and rain during the warm season and heating points during the cold season). Currently tents for heating are at all control points, but, in our opinion, their number is insufficient. Also these tents are placed on the checkpoint in the controlled area, while there are no tents in the so called "gray zone" behind the checkpoint. So people cannot use them until they cross the checkpoint towards the controlled territory.

The same situation is with toilets and water. There are water tanks on both sides of the control points but, for example, on the one side they can be empty, and people don’t have access to water until they cross the control point. As for the toilets, there are mostly wooden toilets with a cesspit or dry toilets, and people with disabilities cannot use them properly, because they are not suitable for them.

You have been carrying out monitoring since September 2015. Has the situation improved over the last year?

Yes, there are positive changes. For example, last year we recorded a lack of warning signs along the mined roadsides. There were a number of tragedies related to the undermining of people at the roadsides in the gray zone. People who are waiting in the queue for a long time sometimes used the roadsides to reveal their physiological needs. Nowadays the warning signs are set at all control points in a sufficient amount. However, in our opinion, the information about a mined roadside should be specifically mentioned.

OK. Specifically, what about monitoring and checking citizens? Are there any changes? Have you ever recorded flagrant violations of human rights?

After we resumed our monitoring in August, such incidents take place more rarely. Although there are cases of rude attitude of inspectors toward the people. Last year, we recorded an incident when a person passed the control point, left the car on the roadside and went in his business. Meanwhile, one of the guards was driving by, and then he saw that the car is on the side of the road without a driver. After that he cut the tires of the car. However, these are rare cases. It depends on the particular group that works on the control point. For example, one group that works today is more polite with the citizens and another one that works tomorrow is worse.