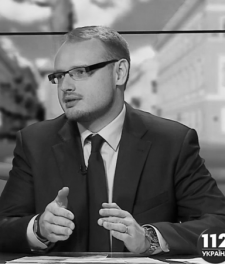 Andrii Bogdanovych on the Withdrawal of Troops in Donbas

Chairman of the NGO "Foundation.101" Andrii Bogdanovych was the guest of the evening broadcast on the TV channel "112 Ukraine". He has spoken people’s concern while they cross the contact line in the East of Ukraine. Also, he has talked on how these problems can be solved or avoided, and what are the conditions under which people are forced to return back to the uncontrolled territory.

Has the need to cross the contact line in eastern Ukraine increased or decreased? If yes, how much?

What problems are present at the entry-exit control points? Which of them can be solved without the involvement of foreign partners? Of course, except for shelling.

We are actually interviewing people about what are their concerns during the intersection of the contact line, what are they afraid of and what they would like to change in the process of crossing the contact line. It is noteworthy, that people are more concerned about the large queues at the entry-exit control points than about the threat of shelling. According to the latest survey, 76% say that they are concerned about the long queues and 34% are concerned about shelling. I want to mention that people can choose several options for this question. Therefore, total will not make it 100%.

How it can be avoided? Or is it a technological process, when you should check everything and figure out the purpose of the trip?

At the stage of checks at the control point nobody asks about the purpose. They only thing the citizen needs is a received in advance permission to cross the contact line. But the procedure of checking at the control point takes time. Generally, the staff of Border Guard and Fiscal Service are quite professional regarding speed of check. The main reason of the long queues are mainly caused by an excessive flow of people.

Then there is an alternative question: can they open more control points to decrease the queues? Alternatively, can they increase the number of people involved in the checking process?

In your opinion, what strategy of building relationships with uncontrolled territory would be more effective — reintegration or complete isolation?

I believe that we cannot completely shut this conditional "border". Not all people who live in the uncontrolled territory are separatists and against Ukraine. There are many people who support Ukraine, but they are not able to move to the controlled territory. Firstly, because some of them are elderly. Secondly, because of the lack of housing. There are cases when people go to the controlled territory and in a year or two return back, because they run out of money and have nowhere to live. These are not single cases. Of course, during the intersection of the contact line, people who are against Ukraine and infringe on its territorial integrity, should be detained and go through the investigation. In my opinion, the uncontrolled territory cannot be completely cut off, because there are citizens of Ukraine and not everyone behind that line are against our country.

What percentage of people returns back to their homes in the uncontrolled territory?

At this time, I'm not ready to answer. The survey at the entry-exit control points is voluntary. We do not always come across people who are at that moment returning home. If we return to your previous question, the position of isolation of the uncontrolled territory could be considered only if Ukraine has created the conditions for life, places to live and work and provided some time to move for everyone who leaves the uncontrolled territory and only then close the "border". In all other cases, in my opinion, it is wrong to talk about complete isolation.

In what extent the withdrawal of troops and ensuring the infrastructure for crossing the contact line are connected to each other?

About a month ago I was in Stanytsia Luhanska. While communicating with locals, we have found out that they are categorically against the withdrawal of troops. The controlled and uncontrolled territories are very close to each other. There is only about 1 kilometer between our control point and separatists' checkpoint. Entry-exit control point "Stanytsia Luhanska" is located directly in the village, so withdrawal of troops at least by 1 kilometer will leave hospital and administrative buildings in the "gray area". People will be left without protection.