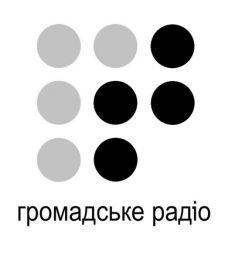 The Start of Monitoring at the Control Point "Stanytsia Luganska"

Chairman of the NGO "Foundation.101" Andrii Bogdanovych spoke in the air of "Hromadske Radio" about the launch of monitoring of entry-exit control point "Stanytsia Luganska" within the "Frontline Inspection" project.

How was the start of monitors' work at "Stanytsia Luganska"?

Will observers monitor rallies and spontaneous gathering of people that are against the allocation of the Armed Forces from the entry-exit control point Stanytsia Luganska?

Yes, there is currently an actual issue of forces' allocation from both sides. But local residents with whom we spoke are against it, because of the close location of "zero" checkpoint right after which the occupied territory begins. The allocation of our troops at least 1-2 km away will lead to certain administrative buildings and hospitals to remain unprotected by the military. Since everything is located very close to each other, even one kilometer of allocation is very critical for people.

You have presented the results of a survey of people who crossed the contact line in September. You noted that the number of people who are afraid of shelling has increased. In your opinion, why does this trend appear now? Since the shelling was recorded before as well.

Currently it is difficult to say that the number of people who are afraid of shelling has increased in the last month. Because so far we have conducted only two surveys: one of them was in August and lasted for two weeks and the second one was during September 1-30. Indeed, if we compare results in August and September, in September the number of people who are afraid of shelling has increased by 10% — from 27% in August to 37% in September. However, it still remains at the second place, because the most important issue for people is the large queues. In August, this issue was chosen by 78% of respondents and in September it was almost the same number — 77%. As we can see, two times more people are concerned about the long queues than about shelling. Of course, the issue of personal safety is important to people. They say that they are afraid of shelling and mining areas along the road, where they are waiting in queues.