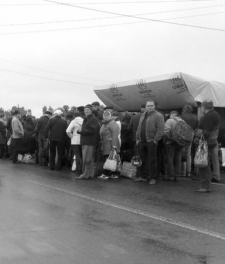 The Survey of Citizens at the Control Points in September

NGO "Foundation.101" continues to monitor the situation at the entry-exit control points in Eastern Ukraine within the "Frontline Inspection" project. In September the observers of organization conducted the survey on what mostly disturbs citizens and why they decide to cross the contact line.

From September 1 to 30, 2016 the observers have surveyed 2,400 respondents. 77% of respondents reported that their main concern is long queues. This result is almost the same as it was in August survey. Shelling was the second concern. However, it is noteworthy, that the number of answers about fear of shelling has increased by 10 percent — from 27% in August to 37% in September. Also, one more difference from the August survey is the growing percent of people who are worried about mining (10%).

Regarding the reasons that lead people to cross the entry-exit control point, the main one in Donetsk region is visiting relatives — 36%. If we compare the results of survey in September and August, it is noteworthy that problems with the documents are now on the second place — 27%, while shopping have moved to the third place — 25%. Also, 13% of respondents have crossed the contact line to visit property and 11% — to work.

In addition, the number of people who could not cross the contact line because of long queues has increased. It was 15% in August and in September this number has increased to 23%. 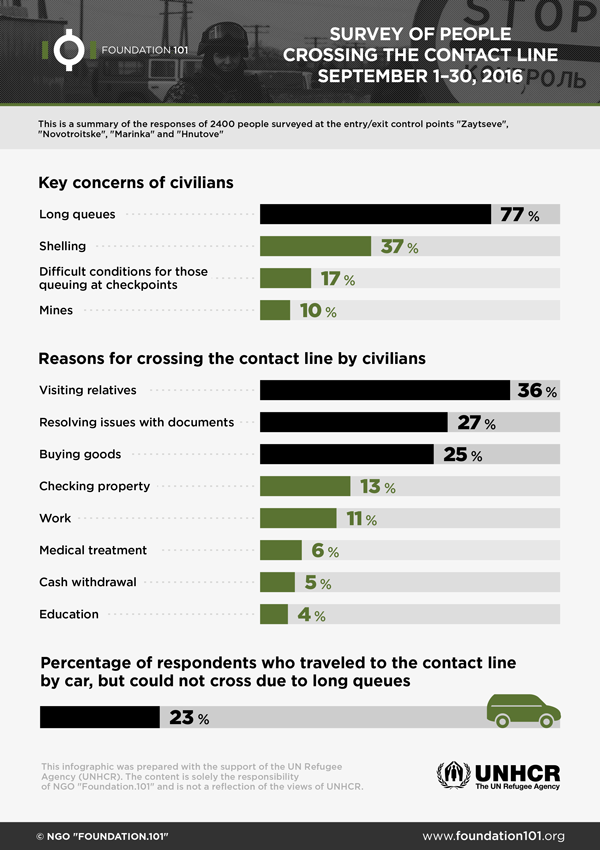