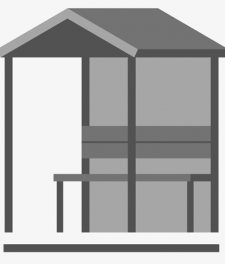 The Conditions at the Entry-Exit Control Points

As part of the "Frontline Inspection" initiative NGO "Foundation.101" has checked the conditions at the entry-exit control points in Donetsk region. The goal of the organization was to check whether the conditions to wait in queues are acceptable for the citizens.

Each of the four operating entry-exit control points were monitored for the presence of toilets, shelters from the sun and rain, tanks with drinking water, medical aid posts, garbage containers, and warning sings about mining of the roadsides. 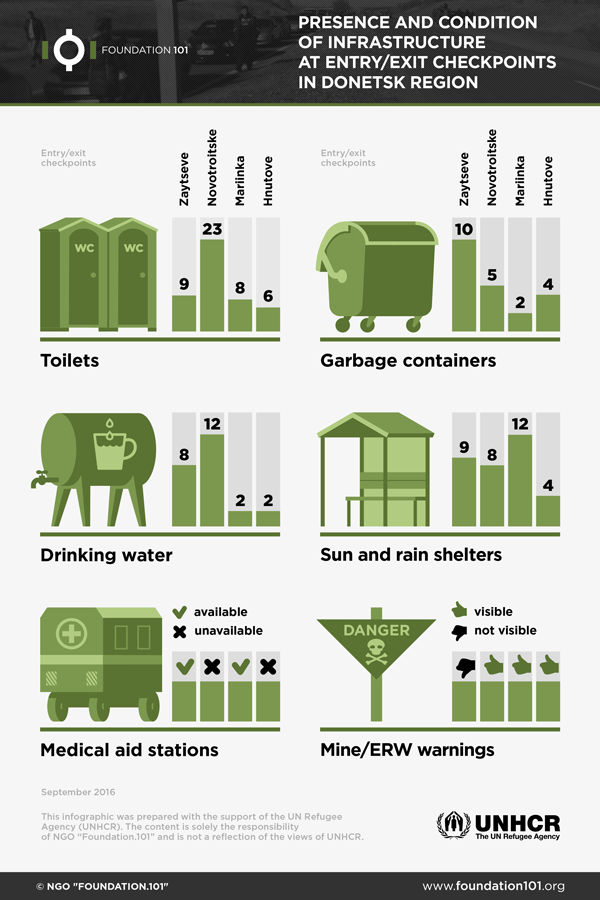