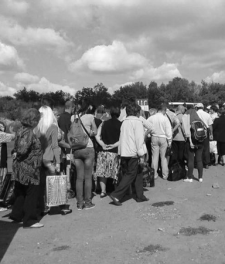 The Survey of Citizens at the Control Points in August

After resuming the monitoring of entry-exit control points in Donetsk region in August 2016 within "The Frontline Inspection" initiative, NGO "Foundation.101" conducted a survey of citizens who were crossing the contact line in the Eastern Ukraine.

The issues that we were mostly interested in were the main concerns of people regarding the intersection of the entry-exit control points on the contact line and what are the reasons why the citizens decide to cross the contact line towards the uncontrolled territory and vice versa. 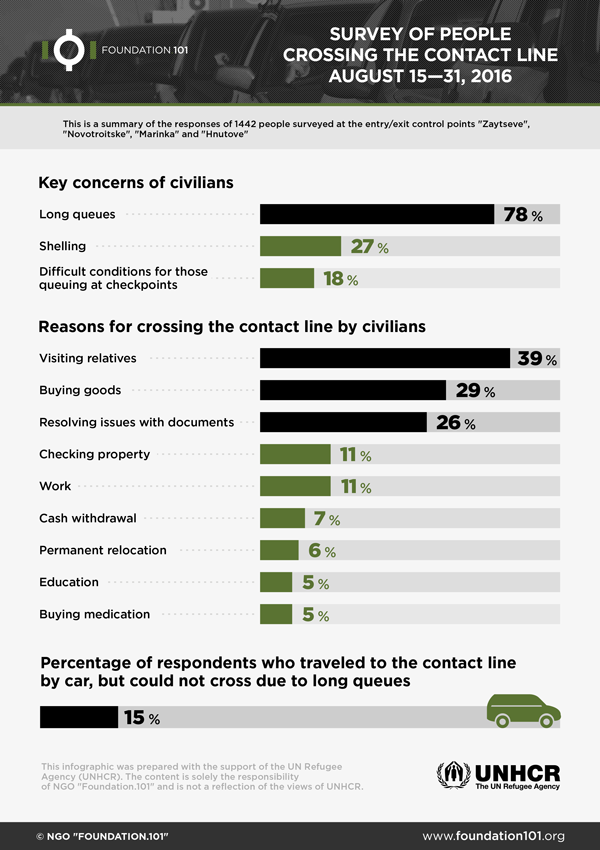 In the infographic reflects data collected during the period from August 15 to August 31, 2016. During this time 1442 people were interviewed.

The main concern of those who crossed the entry-exit control points is long queues, as reported by the majority of respondents (78%). Interestingly, people worried about the threat of attacks or shelling almost three times less (27%).

Main reasons for crossing the contact line were the following: a visit to relatives (39%), shopping (29%), and dealing with documents (26%).

In addition, 15% of respondents who travelled by car, reported that they faced situations when they could not cross the contact line because of the long queue and had to turn back.