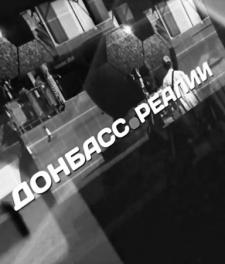 Andrii Bogdanovych About the Promlems at the Entry-Exit Control Points

Chairman of the NGO "Foundation.101" Andrii Bogdanovych spoke about the problems at the entry-exit control points of Donetsk region and the results of the "Frontline Inspection" project on the air of "Radio Svoboda" at the "Donbas.Realities" TV program.

Recently, your organization has made a public report on monitoring control points established in Donetsk region. What is in this report? And what information have you received during the monitoring of these locations?

The organization "Foundation.101" has monitored the situation at the control points "Zaytseve" and "Novotroyitske" for almost six months — from September, 2015 to February, 2016. Our observers worked there full time — since the opening of the control point in the morning until its closure. Control point does not work at night, therefore, our monitors were not there.

But the queues are usually still there at night.

Yes, there were situations when queues stayed overnight. And it is quite unpleasant when people stayed in the "gray zone" between "zero" checkpoint and the control point. So they could not go back to the uncontrolled territory through the "zero" checkpoint and could not pass the control point to get to the controlled area. Such situations were not frequent, but they still took place. In other words, people were the hostages of circumstances.

What major tendencies have you discovered during the monitoring?

We have identified a number of problems: in our report 8 points are singled out. First of all, I would like to draw attention to the mined area along the road, where people are waiting to pass the control point. In particular, it concerns the road section from entry-exit control point "Novotroyitske" to "zero" checkpoint. The roadside is mined there. Unfortunately, there were cases when people went to the roadside because of physiological needs and triggered the tripwire or the mine.

By the way, in your opinion, whose fault is that there are no toilets — Ukrainian government or local authorities?

Actually, there are toilets at the control points. But there are no toilets on the way there in the "gray" zone. Generally, the Border Service deals with the arrangement of control points. And, in fact, this issue should also be monitored by military and civil administration, because it concerns the territory that is controlled by Ukraine.

Andrii, in your report that was presented there is one out of eight points that is very striking. It is the bribery at the control points. How is it manifested?

The first thing that should be noted is that no one takes bribes directly at the territory of the control point. Our monitors have never recorded cases like that. There even were cases when people put money in passport, but border guards returned it back. But people regularly complained about another problem. There are two queues at the entry-exit control point — general and preferential. People with disabilities, people with babies under one year and the elderly go into this queue. If you do not belong to these categories, you can't get into the preferential queue. People have regularly complained about the fact that you could get there if you pay about 200 UAH.

So, this queue is shorter and it moves faster, right?

Yes. You can stand for 5-7 hours in a common queue, while in the preferential one you can pass the control point in an hour or less.

My colleague was driving his own car from Donetsk. And he was offered a bribe if he would let the bus go faster.

Yes, we have heard that. There are people who just reserve place in a queue in order to sell it later. And just yesterday our colleagues told me that at the control point "Zaytseve" certain mechanism exists. A bus or a car comes to the border guard who forms both queues, and then the person comes out of the vehicle and leaves the money in a special box. After that the man returns to his vehicle, tells the password and with this information he passes the queue at the control point.

There are even more exotic facts. For example, a pregnant woman gets in the car, and passes the control point several times, thus helping to get into the preferential queue for people who are they riding with.

Tell us please, are there more facts of bribes connected to the representatives of authorities or the facts of fraud?

Most of such violations are recorded by executors at the places. It is clear that it`s disadvantageous for Border Guard Administration in Kyiv to let the bribery take place on the ground. Their reputation is affected by that. We cooperate with the Border Guard Administration in Kyiv, who often call us themselves and clarify the situation at the entry-exit control points. Because their subordinates are unlikely to tell about how everything really happened. And our monitors are independent, so they can explain the situation the way it really was.

But again, much depends on local executors. For example, last year in September there was a group of guards at the control point "Zaytseve". A month later there was a rotation, because the group has worked for more than a year, so they were replaced by others. The work of the control point has completely changed. Before that, it was organized and precise. After the rotation, the check of cars became slower, people had to wait more and we started receiving complaints about the way border guards treated people.

What do you know about the business at the control points, including the organization of unimpeded passage? There are comfortable buses of direct connection Kyiv-Donetsk that travel from the capital, and passengers are promised that they will not be checked at the control points.

I have not heard about this. According to the rule that currently regulates the intersection of the contact line, no regular buses are allowed to pass the control points. Currently, only buses that go from the nearest settlement to "zero" checkpoint travel there.

But if it is a bus with up to 8 seats, it could be considered as a normal passenger transport. Therefore, the case that you mentioned could have happened.

Let's talk about Logistics Centers. The governors spoke of it as a great achievement. As if these Centers will work for the residents of the occupied territories and they will be able to buy different products at nearly primary cost. But, as it turned out, none of the Logistics Centers were effective. And today they are almost not working. How do people get groceries and where? I do not know whether you agree with me or not, but the main flow of people through the contact line is there to go get products. What do you think?

What advice would you give to the head of Donetsk region to optimize processes at the entry-exit control points? What can he do to unify the process and facilitate it?