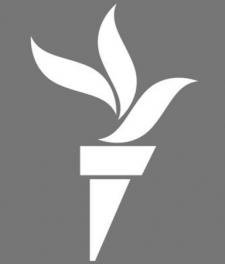 Human rights activist and head of the NGO "Foundation.101" Andrii Bogdanovych told about the results of the project "Frontline Inspection", specifically about the recently published report on monitoring entry-exit control points at Donbass in the program "Donbas.Realities" at "Radio Svoboda".

Since January of the last year, the intersection mode works at the contact line in Donbas. During this time, according to human rights activists, more than 4 million people have crossed the imaginary line — about 15-20 thousand people per day in each direction. Despite the massive flow of people and more than a yearlong work of entry-exit control points, advocates still say that there is a violation of human rights. What do people really face while crossing the contact line? Why does Ukrainian government not solve these problems? Moreover, how can people protect their rights at Ukrainian control points?

Good evening Andrii. Foundation.101 has observed the situation at the entry-exit control points from September 2015 to January 2016 inclusive. Tell us, what problems did you detect?

During this time, we have recorded 8 issues that we believe need to be solved. The first is a mined area along the road where people are waiting in line to get to the control point. The roadside between the "zero" checkpoint and Novotroyitske control point (that is, in fact, the road between the uncontrolled and controlled territory) is mined. There are tripwires and mines that are not defused yet. There are no visible signs that warn about it. Well, there are, but they are rarely installed, are A4 in size or close to that and they are not very noticeable. Accordingly, if people, who stand in line, want to get off to the roadside because of physiological needs (since there are no restrooms in this area) they are under the risk of triggering the tripwire and death. We have appealed to the Border Guard and the Ministry of Defense about this issue, but the problem is still not solved. The Ministry of Defense has replied that installed signs meet the European standards, and therefore there is no problem.

Can you please tell more about other problems at the entry-exit control points?

The main problem is a huge crowd of people at the "zero" checkpoint.

People who come not on the car, but on their feet or use public transportation, get from "zero" checkpoint to the first village at the controlled territory (at "Zaytseve" it is Bakhmut or Artemivsk), since the bus route is constructed in a way that there is a route from Bakhmut itself to the "zero" checkpoint. This is a single route, which means that when the bus comes to the control point people get out for the check and the bus is waiting for them this whole time. People pass the control point on foot. When there are several buses coming at the same time, queues mix, but people can only go to the same bus on which they came. Thus, all three buses stand and wait until people will get through check. Meanwhile, a large number of people accumulates at the "zero" checkpoint and don't have a ride, so they have to wait for the bus. The conditions there are not adapted for waiting, because the risk of attacks and unforeseen situations is high. In our opinion, this problem can be solved by breaking this route into two — one from "zero" checkpoint to the control point, the second — from the control point to Bakhmut. They will move independently, that means they will give people a ride, let them out, and go get the following group of people.

What else is a problem at the control points?

Many people stand in line with children. This is a separate issue.

According to existent procedures that currently regulate the operation of entry-exit control points and crossing the contact line, there is a rule: the child can travel out of the uncontrolled territory with one of the parents, for example, with mother or with father. But a child can return to the uncontrolled territory either in the presence of both parents or with one parent and the letter of attorney from the other one who is not present. The rule is correct, because parents should be able to take the child out of dangerous territory easily. The problem is that many people do not know about the rule that requires a child to enter the uncontrolled territory only in the presence of both parents. It often happens that in the morning people go to get food or withdraw money, and then, unaware of this rule, can't return back. So the guards should inform about this rule at the passport control. They can warn, for example, those mothers who take out a child without a father. That in order for them to return, either the presence or father or letter of attorney is needed. Then people will realize that it might be better not to leave the uncontrolled territory until they get all the required documents.

There is a significant problem with rough treatment by inspectors. Guards carry out the passport control at the control point and representatives of fiscal services conduct the control of goods and products that people transport. For the most part, they communicate normally with people. But sometimes there are situations that can't be squeezed into adequate limits.

Can you give an example?

For instance, this happens when the guard or fiscal service representative does not like the person and, therefore, sends him/her to the end of the queue. And this is not the worst. At one entry-exit control point there was a case when a man was traveling from the uncontrolled territory and left his car near the control point. He went away from the car, but at this time the border guard's car drove by. When they saw that the car was empty and driver was not nearby, one of the guards cut the tires with a knife.

Did your monitors see that?

Yes, our observers have witnessed this, and at that time they did not know that it was the border guard. He did not have a personal badge (I will note that all the representatives of inspection bodies at the entry-exit control points have to wear identifying badges). Therefore, our monitors have only recorded the number of the car. On the same day, we have sent a complaint to the State Border Service and Ministry of Defense. In addition, our observers saw how the owner of the car called the police after he saw what had happened. But by the time the police arrived, this border guard returned and forced the citizen to give up his claims with threats. Threats were like: “You drive here every day, we have your passport information” and so on. In response to our complaint, they told the victim that if he refuses from claims, nothing had happened.

With your permission, I will quickly list the other problems at the control points. One of them is empty logistic centers that government has built for residents of an uncontrolled territory, but there is not much information about them, insufficient range of products and more. The next is the opposition of inspection bodies to observers, for instance, when servants did not let your monitors to enter the entry-exit control point "Zaytseve".

And what do you relate this to?

We attribute this directly to our complaints. For example, I mentioned the case with cut tires on the car. We wrote a complaint about this and the next day our tent was also cut with a knife. It happened at night when there were no monitors, because they work only during the operating hours of the entry-exit control points. We have not figured out who it was, but we believe that it is someone from either guards or the military.

We have contacted Oleg Slobodyan, press secretary of the State Border Service of Ukraine. He knows the results of your monitoring. And this is how he commented it: "The State Border Service is responsible for control of people and vehicles within the jurisdiction, but we are not responsible for roadsides mining or equipping the entry-exit control points. It is better to appeal to the Armed Forces or Donetsk Regional Military-Civilian Administrations regarding this question. We monitor the moments, which people and NGOs complain at. We react immediately to their complaints. Because at this strategically important for the country area should be no coarseness or rudeness. Each fact goes under investigation and afterwards we take strict measures. If our soldiers allow themselves to do what they are not supposed to, please call our hot line".

Andrii, you have heard that in the comments Oleg Slobodyan has offered to appeal to Donetsk Regional Military-Civilian Administration and the Ministry of Defense. As far as I know, you have already appealed to these authorities.

Yes. We have complained regarding mining as well. But in all the answers that were received, they transfer the responsibility to another authority. It is a vicious circle; no one takes the responsibility for resolving these issues.

Currently, as I understand, monitors do not work at the entry-exit control points.

We completed our monitoring on February 4 this year. But in a month and a half, we plan to resume it. Moreover, we have monitored only "Zaytseve" and "Novotroyitske", but now we are planning to cover all 5 operating entry-exit control points and monitor them till the end of 2016.

Could you tell us whether you are satisfied with the results of the report and the way authorities respond to it? Is there any sense in such monitoring if the authorities transfer the responsibility to each other or do not eliminate the problem?

Definitely, we believe that the monitoring should be continued. First, if we did not conduct it, less people would know about all the problems. Although, at this point most of the problems are not solved, we know, at least, what to pay attention to. In addition, we have sent our recommendations to the Parliamentary Committee on Human Rights. Recently, they held the parliamentary hearings, where we have sent our proposals based on the report, in order for them to be included to the parliamentary hearings. If it will be added to this document, this will be a big step forward to begin resolving of these problems. Because the recommendations of the parliamentary hearings are an official document, which can be referred to and it will be much more difficult for the authorities to ignore identified problems in the work of entry-exit control points. I will also make comment regarding the fact that currently they are not reacting. Even the fact of presence of our monitors at the control points is a restraining factor, guards and fiscal service representatives are forced to pay more attention to people.