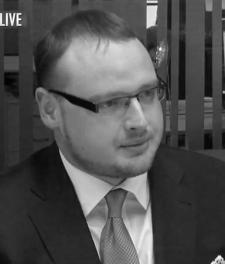 Chairman of the NGO "Foundation.101" Andrii Bogdanovych participated in the "War Diary" on the channel "112 Ukraine" and spoke in particular about the problems that arose after the New Year at the control points in Donetsk region.

The information was provided as a part of the monitoring project "Frontline Inspection".

Andrii, please tell us about the situation at the control points. You promised to tell us what has happened on New Year's Eve at the contact line?

Speaking about December 31 and January 1, these days were quite calm at the control points. There were very few people. However, on January 2 and 3 the number of people who wanted to cross the contact line has increased greatly. There was a problem that people who have a paper permit were not allowed to pass the control points. I'll remind that earlier the paper permits were issued, but later they switched to the electronic ones. Our organization contacted the headquarters of the Anti-terroristic Center and we were told that anyone who had paper permits which operated until December 31 should have been recorded in database of electronic permits and automatically converted to electronic form. But this was not done because of New Year holidays. So everyone who wanted to pass the control point "Zaytseve", starting from January 2 were compelled to return to Artemivsk. They had to extend their permits in the Coordination group.

But this situation did not appear at the control point "Novotroyitske". They let through everybody who had paper permits that have validity until December 31. People, whose permits ended earlier than the mentioned term, had to get them renewed by re-applying and getting new ones.

What other difficulties do people face at the control points?

In fact, there are common problems. We monitor "Zaytseve" and "Novotroyitske." Each of these control points has some nuances. The common problem is a long queue. Throughout 2015, mainly two mentioned control points were working. Accordingly, the entire flow of people was going through these control points. Although there had to be six control points in Donetsk and Luhansk regions. However, only these two were available. That's why the excessive load appeared. People could stand in line for 5-7 hours, or even the whole day or overnight.

If we talk about typical problems at "Zaytseve" and "Novotroyitske", then, for example, at "Novotroyitske" the problem is that along the road (it refers to the section from “zero” checkpoint through the so-called "gray" zone) where people wait in line the roadside is mined. And the warning signs that are installed along the road are very small size — only A4. Moreover they are rarely set at all, so people do not notice them. Also, since there are no toilets along this route, people with certain physical needs have to stop and get off at the roadside. There were times when people undermined either on tripwire, or on the mine.

We appealed to the Ministry of Defense and the State Border Service. But the responses we have received to our request were transferred to other authorities. Border Guard transferred theirs to the military and armed forces answered that Border Guard should deal with it. And now it is not clear who should solve these issues. The signs are still small and rarely installed, so the problem remains.

Speaking of "Zaytseve”, there was a rotation of guards not so long ago. In September there was another group that worked effectively, quickly checked people and helped elderly to carry their bags. The group that is currently at "Zaytseve" does not work professionally, checks the documents and goods very slowly, and rudely talks to people. Furthermore, there was a case in December when the person left his car and walked to the side of the road, while border guard was driving by. When the servant saw that the car was left unattended, he looked around, didn't see the driver, then cut two tires with a knife, and drove away. When the owner returned to the car and called the police, the guard who had cut the tires came back and forced the man to refuse from any claims by the time the police arrived.

Even such cases are recorded. We appealed to the Border Guard and the Ministry of Defense, but, unfortunately, the answer that we received on this case was unsatisfactory, in our opinion. We were told that since the citizen rejected the claims, the conflict did not take place.

Please tell us briefly about the blockade.

I would like to return to this subject and remind everyone that behind the contact line there are Ukrainians residents who spent all of their life in Ukraine, paid taxes in Ukraine and contributions to the Pension Fund of Ukraine, so Ukraine is obliged to pay them pensions. And let's be honest, Ukrainian army failed to protect the territories that are currently controlled by the terrorists. Therefore, Ukraine has certain obligations before these people, so, in my opinion, talking about the blockade is wrong.