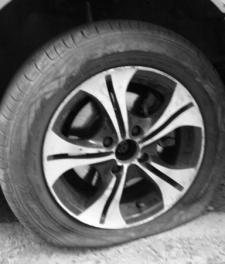 Border Guards Found No Violations in Damaging the Civilian's Car

The observers of the project "Frontline Inspection" recorded the fact of the conflict between the military man and the citizen of Ukraine at the control point of entry and exit "Zaytseve" on December 8, 2015.

Badgeless servant in white Ford which is in use of the State Border Service of Ukraine, cut the tires on the Chevrolet Lacetti with a knife when the owner was away from the car which was parked on the side of the road.

When the owner of the car came back and saw the damaged tires, he appealed to the Ministry of Internal Affairs of Ukraine. However, before the arrival of the law enforcement officers, the soldier who was mentioned above forced the citizen to refuse complaints by threatening him. That`s what the citizen did later on in his written explanations.

NGO "Foundation.101" complained to the State Border Service of Ukraine with a request to investigate the situation. 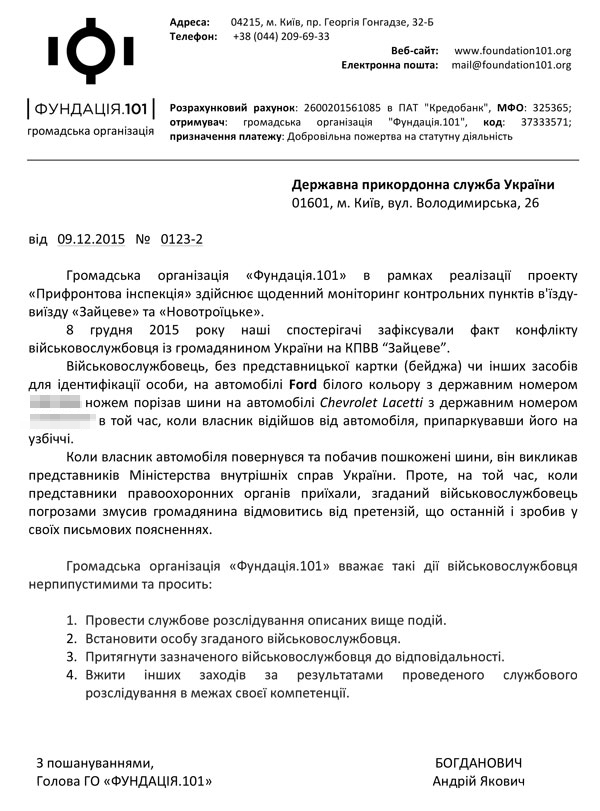 However, unfortunately, the State Border Service of Ukraine has not found any violations in such actions of their employees, shifting the blame on the citizens who were at the control point. 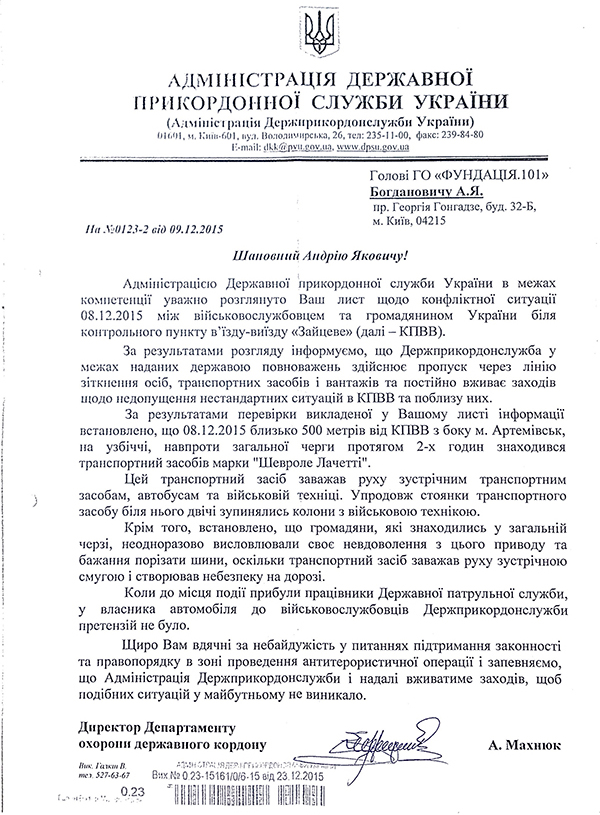 Also, NGO "Foundation.101" has previously reported that after sending a complaint to the Border Guard, the tent of the "Frontline Inspection" observers on entry-exit control point "Zaytseve" was damaged and cut with a knife.