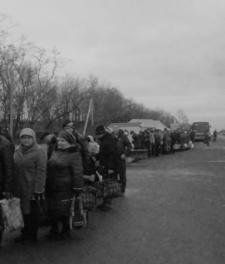 The Number of Registered IDPs Decreased in 2017

NGO "Foundation.101" requested an information on the total number of internally displaced persons (IDPs) in Ukraine as well as distribution of IDPs by regions as of the February 2017. Information provided by the Ministry of Social Policy of Ukraine is presented in the infographic below as a part of the "Frontline Inspection" initiative. 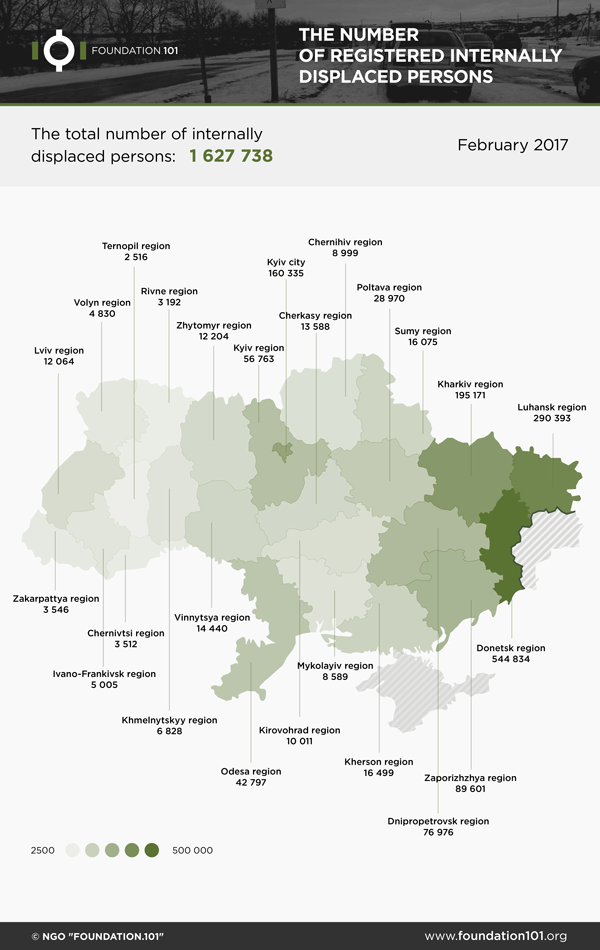 The regions with the highest concentration of the IDPs remained constant over the time. Most of the IDPs are registered in the three regions: Donetsk, Luhansk and Kharkiv. Although a certain reduction in official figures took place there as well. Thus, 631 thousand people lived in Donetsk region in December 2015, while in February 2017 their number decreased by 5 points and were equal to 545 thousand people. At the same time the number of officially registered IDPs increased conversely in Luhansk region. There were additional 48 thousand IDPs registered here. In Kharkiv region the figure didn’t change significantly. 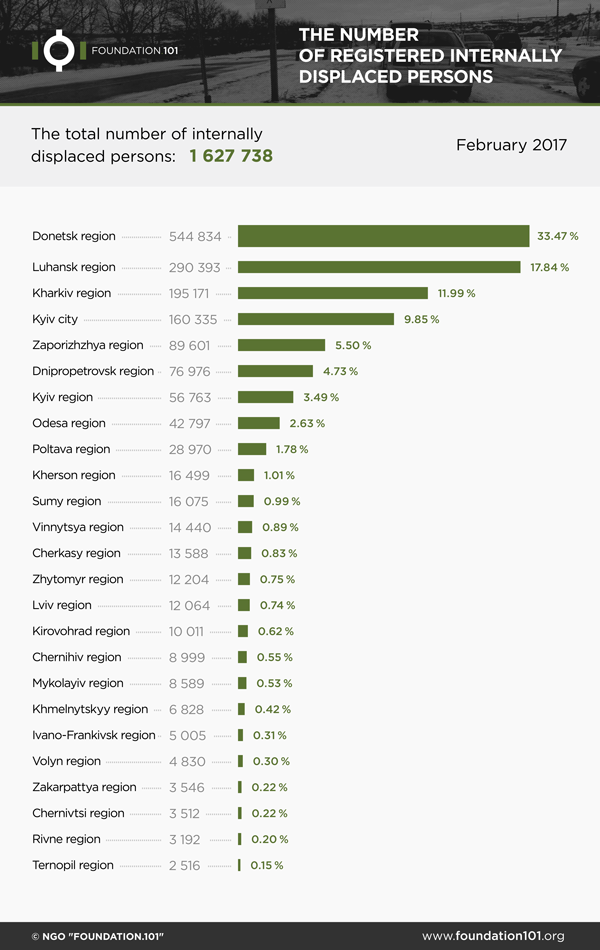