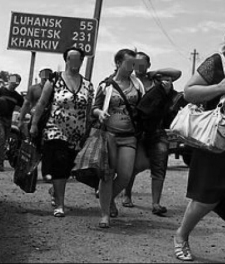 There are Almost 1.7 Million Internally Displaced People in Ukraine

NGO "Foundation.101" has found out the official number of internally displaced people as of October 1, 2016 within the "Frontline Inspection" initiative.

According to the data obtained from official sources, nearly 1.7 million people were forced to leave their homes because of armed conflict in the East of Ukraine. It is necessary to distinguish that out of the indicated number about 14% (235,700 people) are children. 99.1% of young Ukrainians left the uncontrolled territory together with their parents. Other children left without parents. They are orphaned (0.27%) or deprived of parental care (0.62%).

Also, it is noticeable that the overwhelming number of people, who were forced to move, left with their whole family. In total, 1,375,000 families have left the uncontrolled territory. 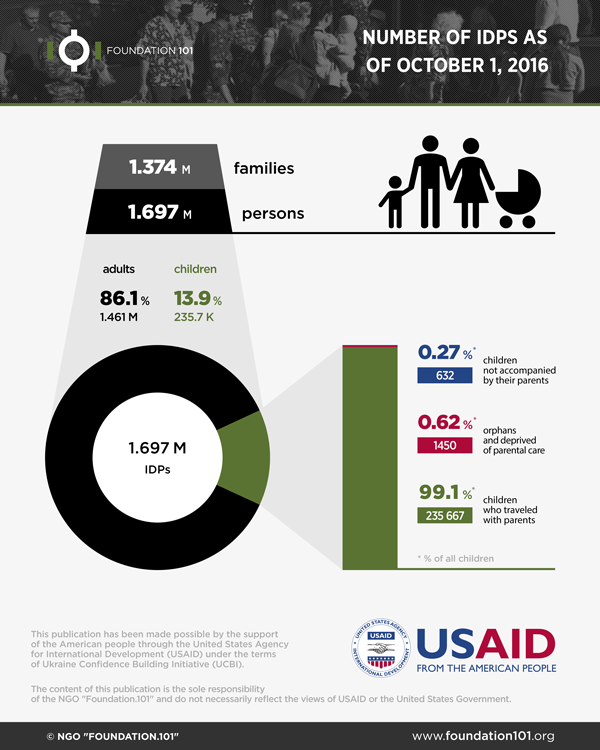