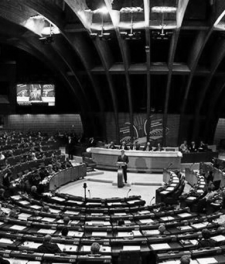 What Happens to the Pensions of Donbass Residents?

The speakers of the round table are:

In addition to the speakers above, about 40 representatives of public organizations, ministries and departments will participate in the discussion of the mentioned issue.

The event is organized by the NGOs "Foundation.101" and "Ukrainian Institute for the Future".

Note. On October 12, 2016 Parliamentary Assembly of the Council of Europe adopted the resolution number 2133. Fourth paragraph of the Resolution mentions the following: "Under international law, the Russian Federation, which exercises de facto control over these territories, is responsible for the protection of their population. Russia must therefore guarantee the human rights of all inhabitants of Crimea and of the “DPR” and “LPR”.".