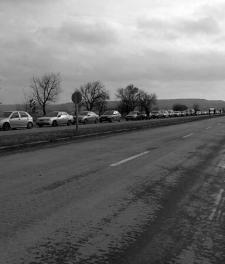 Based on data provided by the State Border Service of Ukraine, NGO "Foundation.101" analyzed the dynamics of the movement of people across the contact line in Donetsk and Luhansk regions as a part of the "Frontline Inspection" project. 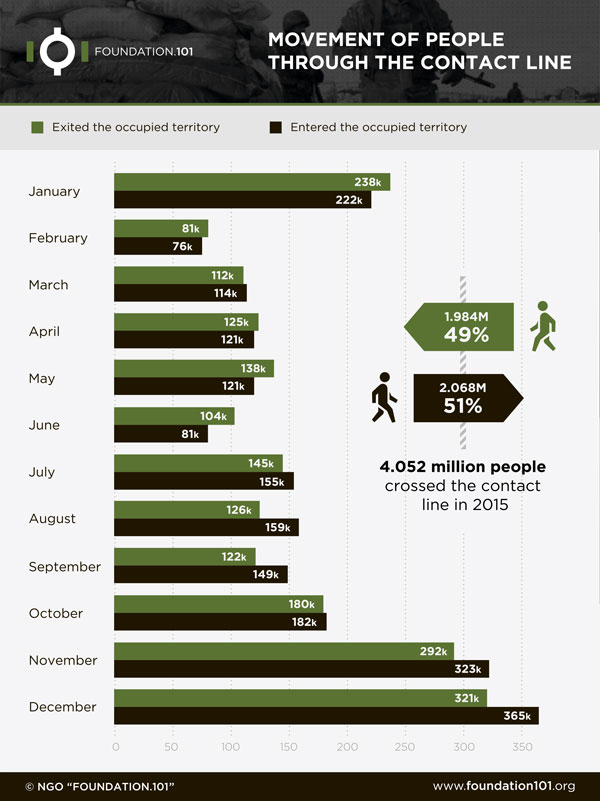 It is noteworthy that at the beginning of the year there was an increasing number of people who leave the occupied territories (the difference was 16 thousand people in January). In the end of the year, the dynamics are reversed — more people entered the occupied territory (the difference in November is 31 thousand people and in December — 44 thousand).

Overall, in 2015 the number of people who crossed the contact line is 4.052 million, of which 49% are people who temporarily left the uncontrolled territory, and 51% — who entered it.

According to analysts of NGO "Foundation.101" such dynamics may be associated with the lull of hostilities and the New Year holidays.