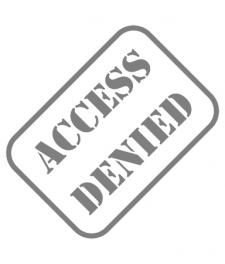 On January 24, 2016 the access to the entry-exit control point "Zaytseve" for the monitors of "Frontline Inspection" project was forbidden with reference to the oral order of the chairman of the Antiterrorist Center.

According to employees of the State Border Service of Ukraine, mentioned order was given on January 23, 2016 during the visit of the Antiterrorist Operation Center's administration to the specified control point.

At the same time, representatives of other NGOs, for example the ones who provide hot beverages for citizens, have unrestricted access to the territory of the control point.

NGO "Foundation.101" relates such actions of military with the complaints and remarks which were sent by the organization during the monitoring mission. Particularly, we have previously reported the facts of damaging personal property of citizens by border guards, the danger of mining area and more.

Also, we want to remind that earlier, after we sent one of the complaints, "Frontline Inspections" observers' tent on the control point "Zaytseve" was damaged.

On January 25, 2016 NGO "Foundation.101" addressed the headquarters of the Antiterrorist Operation Center, the Armed Forces of Ukraine and State Border Service of Ukraine with request to provide clarification on the situation.