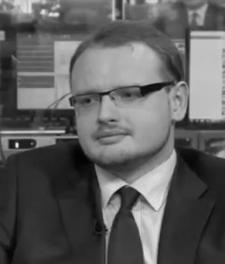 Andrii Bogdanovych About the Control Points in Donetsk Region

Chairman of the NGO "Foundation.101" Andrii Bogdanovych participated in broadcast on the channel "NewsOne" and spoke about the problems at the control points in Donetsk region.

The information was provided as a part of the monitoring project "Frontline Inspection".

We have the chairman of the NGO "Foundation.101" and leader of the "Frontline Inspection" project Andrii Bogdanovych in our studio. Good afternoon, Mr. Andrii. What has changed in the area of separation over the past weeks, I mean in crossing the contact line?

Overall, our organization monitors the entry-exit control points "Zaytseve" and "Novotroyitske" in Donetsk region. The project began in September 2015, when we started to monitor "Zaytseve". Later in November, we started monitoring at the control point "Novotroyitske". Our monitors work full-time at the control points — from morning to evening. They observe how border guards and representatives of the Fiscal Service communicate with people, how polite they are, record violations, if any occur, and collect all the information. Then we react to this information, or send a complaint to the Border Guard, Ministry of Defense, and Fiscal Service or record all the information and then publish it.

What violations are you talking about? What do people mostly complain about?

The second type of complaints is that the staff of inspecting authorities does not communicate politely with people. Sometimes if the employee did not like the person, he could send him/her to the end of the queue. Even cases like that have happened. But everything depends on direct perpetrators at the control points. Because, for example, when it comes to "Novotroyitske", the change of border guards and prosecutors who works there now perform their duties calmly and adequately. Speaking of "Zaytseve", the change that works there now does not behave professionally and they are rude with people. It looks very contrastingly in comparison with those border guards and prosecutors who worked at this checkpoint in September. They worked very clearly and concertedly.

Maybe some kind of training is needed?

Perhaps some training is necessary. Every group works at the entry-exit control point for about a year and then changes. For example, we checked how much time the change needs to inspect a car. The change that worked at "Zaytseve" in September completed the task in less than one minute. The change that currently works here spent much more time on each car. Sometimes very unpleasant incidents happen. For example, in the end of last year, in December, we recorded an incident when a person passed the control point, put the car on the roadside and went in their business. Meanwhile, one of the guards was driving by, and then he saw that the car is on the side of the road and the driver is not there. After that he cut the tires on the car.

Was it the personal revenge or maybe it's because of the nervous work?

It is unknown. It is difficult to say why he did it. When the owner returned to the car, he called the police, but by the time they arrived, the guard forced citizen with threats to give up any claims. Clearly, the man did not have any claims when the police arrived. After we sent complaints to the Ministry of Defense and Border Guard, we got a response that because the citizen refused from the claims, then the conflict, in fact, did not appear. I have all these responses with me. Quite unpleasant situations occur. In two or three days after we have sent a complaint about this situation, the tent of our observers was cut. It happened at night and we do not know who did it. But we believe that these two cases can be related.

Mr. Andrii, I want to ask the following: What other precautions can be about the control points? Besides that people have to wait for hours or guards behave inadequately. What else can ordinary people face with?

According to the rules of crossing the control points, the children can leave the occupied territory and go the controlled one with one of the parents. Such rules were created since it is dangerous at the uncontrolled area. But in order for the child to return to the uncontrolled territory, it is necessary for either both parents to be there, or one parent and the consent from the parent who is missing.

Why is there such a conflict?

No, actually it is right. Uncontrolled area is still more dangerous. People should be able to take a child to the controlled territory where there is no danger. But to go back to more dangerous uncontrolled territory, you need the consent of both parents. This, in fact, is correct. However, many people do not know about this rule, and, as I said earlier, most people simply goes to buy food, and sometimes people take their child with them because they can’t leave them alone. Later, when they try to return back, this requirement becomes a surprise.

And how then such issues are solved? Are they waiting for the arrival of the father or mother?

In fact, yes. Either they should wait until one of them arrives, or until the consent of a parent is done, and this is possible if one of the parents comes to the controlled territory, because it is clear that there are no notaries who could issue a document which would be accepted by Ukrainian side.

So sometimes people can wait for a dozen hours in anticipation of a parent?

Exactly. Such problems also happen. It could have been solved by at least putting big information signboards, from which people could find out that in order to enter the uncontrolled territory the presence of both parents or the consent from a parent who is missing is required. However, there are no signs or notifications there right now.

Tell me please what have you worked out during this whole time? What recommendations do you have for the government to improve the system of admission?

We regularly send recommendations on those issues which we record. For example, another problem, which I have not mentioned yet, is the mined area at the control point of entry and exit "Novotroyitske" in the "gray" zone between "zero" checkpoint and the control point along the road. Since the time this territory was not controlled by Ukraine. The mined roadside, which people move along, is labeled with certain signs that are very small in size — A4. These plates are installed very rarely. It is clear that people can't see them. There are no toilets along this road, and people have certain physical needs, so particularly after long queues they have to stop there and go to the roadside. And there are cases where people are being undermined on these tripwires.

Are there any signs like stretched net, for example?

This is the problem that the current signs are very small and hard to see from afar. So nobody can see what is written on them. We addressed the letters on this issue to the Border Guard and Ministry of Defense. However, in responses we received, they said that it is not their competence. Border Guard shifted the responsibility to Ministry of Defense. Ministry of Defense transferred the responsibility to the Border Guard. So we have not figured out who should eventually solve this issue. This problem is not solved so far. We re-addressed letters, but everything remains the same. Logically, it would be necessary to set larger signs and maybe put a wired fence that people would not physically be able to go to the mined area or noticed that it is dangerous.

So let's go through the recommendations for the government.

I was speaking only about the problems, so you could get the impression that everything is very bad there. However, there are some positive aspects. For example, I mentioned earlier that in 2015 only two control points worked, despite the fact that the load on them was very high. Now more control points are opened. Currently we have about five, if I'm not mistaken. Accordingly, the load is distributed among all of them. We have written about this before to the Antiterrorist Center headquarters, Border Guard, Armed Forces, and the Parliamentary Committee on Human Rights. And then new control points really began to open. We attribute this to the fact that our recommendations could be considered. In addition, one of the problems with which people have faced since the warm season is that there was no covering from sun and rain. Also we wrote about the problem when people have nowhere to rest at the time when they are waiting to go through check. But the cold season came and the problem disappeared. The Ministry of Emergency set warming tents by the control points where people can relax and get warm. Thus, the recommendations from us have also been taken into account. However, these tents are located near the control point, and the queue is two or three kilometers long. Accordingly, not all people have the opportunity to use these warming tents, only those who are close to the control point. So it would be logical to set even more tents or give an opportunity to those people who are further in line to get into these tents to get warm.

Speaking of the future, what other problems do you see? What has not been resolved yet?