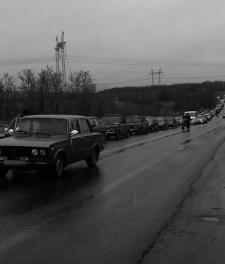 According to the information provided by State Border Service of Ukraine, NGO "Foundation.101" has created infographics that show the dynamics of passing the control points in Donetsk region to the territory controlled by Ukraine and back to the occupied area as a part of “Frontline Inspection” project.

The load at the control point “Novotroitske” has significantly increased. The average number of people crossing the checkpoint in each of the areas was about 18 to 30 thousand in January — May. In June, this number has increased - it was about 43 to 100 thousand people per month. Load peaks occurred in October and November 2015. 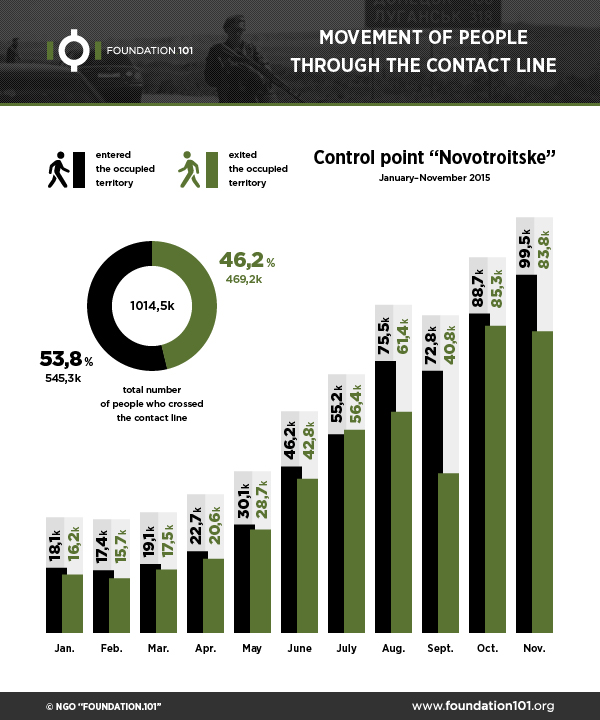 The same dynamics can be observed at the “Zaytseve” control point. From January to May, the average number of people crossing the checkpoint ranged from 10 to 30 thousand per month. There is a significant increase since June — from 50 to 100 thousand people in each direction. Load peaks occurred in July and November of this year. 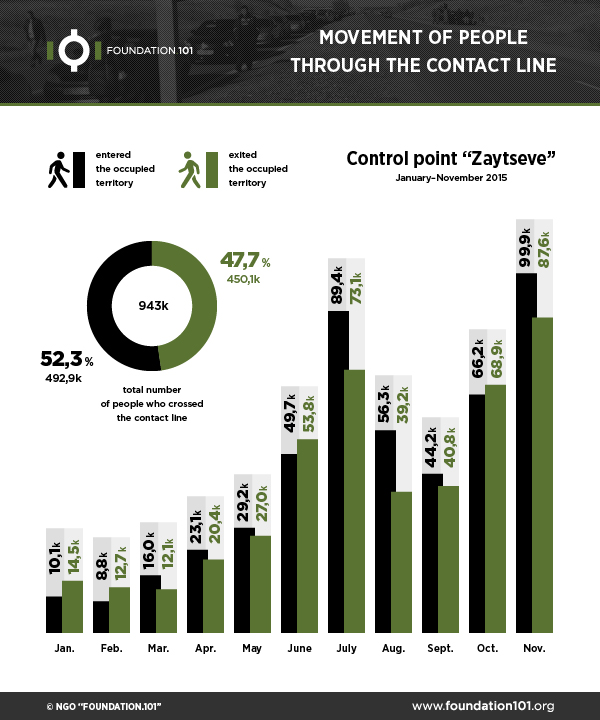 Thereby, we can see that the load on each control point is increasing, despite the expansion of capacity (e.g. reconstruction of the entry-exit control point "Zaytseve" in August and "Novotroitske" in October). Therefore, the key to solving the problem of long queues is to open additional entry-exit control points and use other measures to meet the needs of the population, which makes short-term travels to the occupied territory (e.g. increase the efficiency of Logistics Centers that are built in so-called "shady" zone between the contact line and entry-exit control points).

This tendency can be connected to the relative truce. Although the shelling still occurs from time to time, some internally displaced people risk to return to their homes. In general, according to military and civil administration there are 640 thousand forcedly displaced people registered in Donetsk region only.